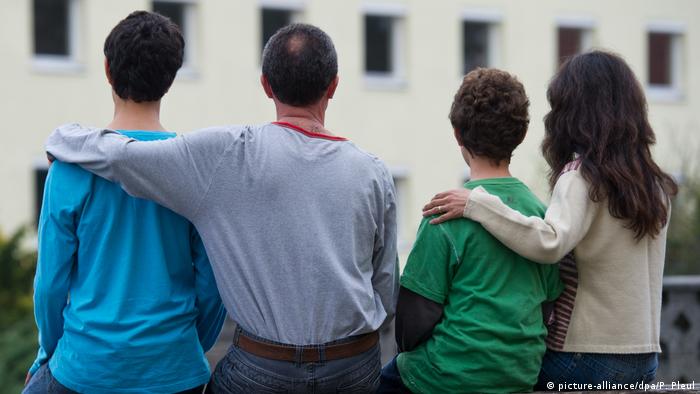 Among the promises made in the 177-page coalition agreement, which was announced by the center-left Social Democrats (SPD), the environmentalist Greens and the neoliberal Free Democrats (FDP) on Wednesday, is a radical overhaul to German citizenship and migration laws.

"We want a new beginning in migration and integration policy as is right for a modern country of immigration," the text reads.

Concretely, the agreement promises to allow dual citizenship for migrants in Germany, which is currently usually only allowed for EU and Swiss citizens, and also to speed up and simplify asylum and residency applications.

"We are setting out as a coalition to draw a line under the restrictive asylum policy of the past years and to actually ensure that people who live here permanently, and foreseeably will also live here permanently, are given the opportunity to solidify their residence, to get into work, to have language access, and to do so indiscriminately," Green Party parliamentarian Luise Amtsberg told DW.

"Those are all key intersections that are relevant to a modern country immigration and offer a paradigm shift," she added.

Overcoming the obstacles as immigrants in Germany

Merkel's conservatives: No such 'brutal openness' on migration

But Ralph Brinkhaus, parliamentary group leader of Chancellor Angela Merkel's center-right Christian Democrats (CDU), which are now in opposition after 16 years in power, was skeptical of the plans.

"We would certainly not have had this brutal openness in the area of migration," he said. "So we're quite concerned that that's going to be a pull factor for quite a lot of illegal migration."

He expressed concern about people "who came to Germany without the legal basis for being here, that they would then be allowed to stay after a certain time. I think that's very wrong."

However, earlier this year, integration ministers from Germany's 16 states had called on the federal government to ease citizenship rules. In a majority appeal, Germany's Integration Ministers' Conference (IntMK), which was initiated in 2007 under Merkel to coordinate state and federal immigration approaches, strongly urged that legal changes along the lines of the new coalition's pledges be made. 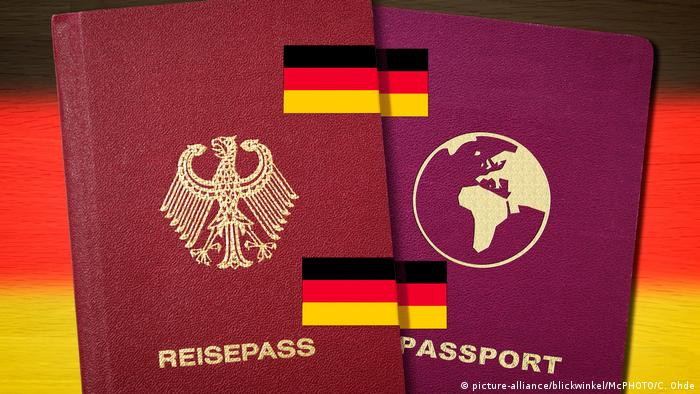 'An increase in applications' expected

One group that will be affected by both the new dual citizenship proposal and also the simplified immigration process is Germany's large Turkish population. There are some 3 million Turks or people of Turkish origin in Germany, who have largely arrived in waves since the 1960s when the so-called guest worker system was first agreed.

Gülay Türkmen is a sociologist at the WZB Social Science Center in Berlin. Her research focuses on Turkish migration to Germany and other countries. She has welcomed the overhaul of citizenship laws indicated in the coalition agreement, specifically regarding Germany's largest non-native population.

Looking back on 60 years since Germany's recruitment agreement with Turkey

"The main reason why [Turkish people] avoid getting German citizenship is this requirement to give up Turkish citizenship," she explained to DW. "This was much more widespread in older generations, as the emotional connection was much stronger."

"This new pledge will definitely lead to an increase in applications for citizenship among the Turkish population, as we also saw in 2000 after the naturalization process was simplified," she added, referring to the last time the SPD formed a government, then in coalition only with the Greens.

Amtsberg, the Green parliamentarian, lays the blame for the fact that so many people living in Germany have not applied for naturalization squarely at the door of the CDU.

"They have contributed to the fact that many, many people have been living in this country for years, almost decades," she said. "Look at Afghan refugees in Germany, for example, [many of whom] had no opportunity to secure their residence, even though it was foreseeable and clear after a certain time that they would stay here permanently."

'A little bit of acceptance' toward migrants still missing in Germany, says MP

Also mentioned in the agreement is a quicker road to residency for young people who have shown to be "integrated" in Germany.

This sped-up residency could be important for people currently in Germany on a "Tolerated Stay" basis (Duldung), meaning they should in principle be deported but it is for various reasons not feasible for them to leave.

Wiebke Judith is a legal policy adviser for the German refugee rights advocacy organization Pro Asyl and she sees it as a positive that full residency rights will become easier for these people.

"Because of the restrictions in the last years, there are around 200,000 people living with Tolerated Stay status, and the coalition agreement puts some good ideas on the table of how to regularize more of these people in Germany. For example, by lowering the threshold required to apply," she explained to DW.

In general, she noted the proposed changes are "going to make life much easier for people who are already in Germany," she said. "But our biggest criticism is that the coalition agreement fails to change the first reception system — as it reads on paper for now." 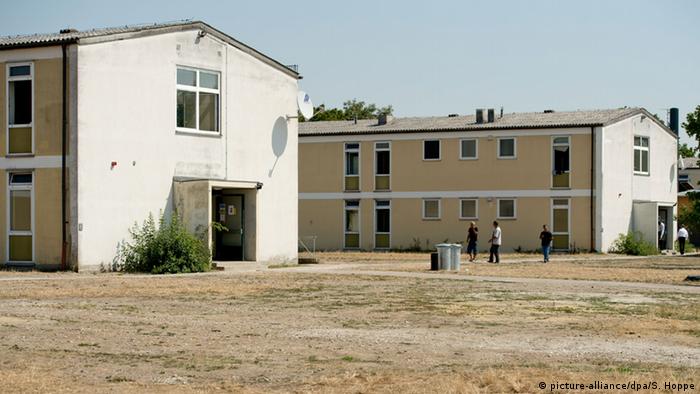 Generally, people coming to Germany as refugees or asylum-seekers are required to first stay at an initial reception center, like this one in Bavaria

Under this system, new refugees and those without legal status who arrive in Germany are obliged to spend time in a center.

"The maximum time spent there has increased to 18 months in recent years," Judith explained. "They can be a huge health risk and were the sites of many coronavirus hotspots. We have quite a concern that they are negatively impacting asylum processes."

"We are really disappointed that [the coalition agreement] does not reduce the amount of time people would spend in first reception centers," she added, noting this may be on the cards later.

She also pointed out that no mention was made regarding the current deportation system, under which sick and traumatized people can be forcibly removed from Germany.

But on the other hand, family reunification for refugees will become easier, after a backlog of applications of those trying to get to Germany to be with loved ones partly due to the pandemic.

For many, especially the many non-citizen residents already in Germany, the changes may seem long overdue. But the coalition agreement is not yet binding and time scales have not been attached to all of the pledges.

Given Germany's increasingly international profile, however, the issues remain vital.

"Over a quarter of people in Germany are considered as having a migration background," sociologist Gülay Türkmen noted. "So I think it is definitely time to make these changes."

Ralf Bosen contributed to this article.

Germany owes a debt of gratitude to the Turkish and other immigrant communities, President Frank-Walter Steinmeier said while marking the anniversary of a key migration deal.