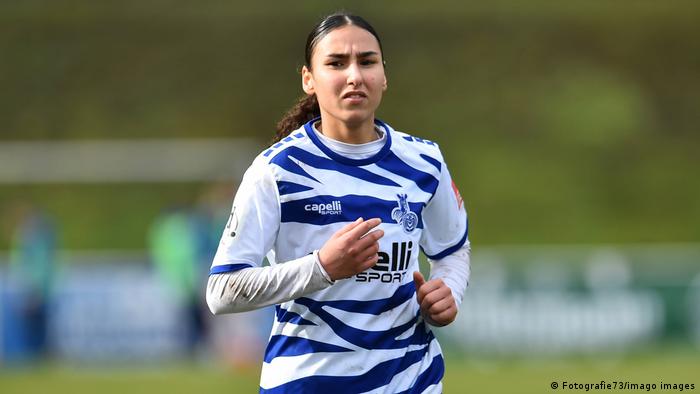 Cin plays for Duisburg in Germany, but for Turkey internationally.

Miray Cin's heart is split in two. Half belongs to Germany, the other half to Turkey. But in football, you can only choose one.

The midfielder represented Germany at under-15 to under-17 levels, but an injury would alter the course of her international career.

"I got injured and wasn't chosen for Germany after that," Cin told DW. "The Turkish Football Association continued to call. Initially, I declined. But after the injury, I thought I'll just go and take a look."

On Friday, Cin will cross paths with some familiar faces when Turkey face Germany in their World Cup qualifier in Braunschweig.

"I used to train with [German internationals] Linda Dallmann and Lea Schüller. I was allowed to train with the first team at SGS Essen, but I played for the under-17s," Cin said. "I was 15 at the time."

Cin spent her youth career at Essen, a club renowned for developing young talent, which is how she knows Dallmann and Schüller. The midfielder then moved to Wolfsburg's reserve team, but longed for a move home.

Born in Bottrop, a city in Germany's Ruhr Valley, Cin is a "Ruhrpottkind," or "Ruhr Valley child." So when Duisburg, then in Germany's top-flight Women's Bundesliga, made her an offer — she couldn't resist. 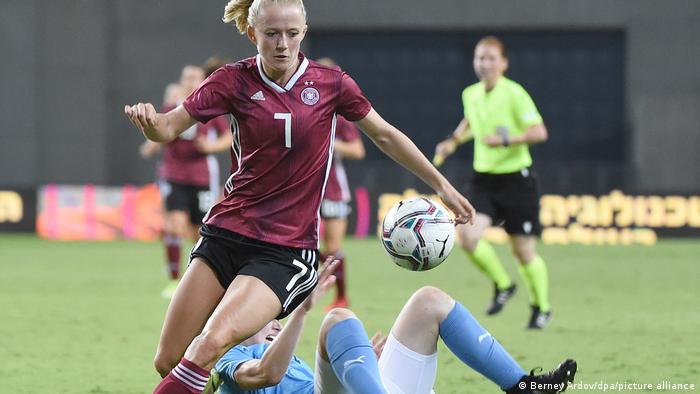 Germany still in her heart

Although she now plays for Turkey, her roots remain important to her.

Turkish national team colleague Busra Kuru also developed her game in Germany. Born in Weinheim, in southwest Germany, to Turkish parents, she started playing football when she was 4. Once part of Hoffenheim's academy, she spent most of her career in Germany's lower tiers, currently playing for third division side FFC Niederkirchen.

Kuru was never called up to the German national team, so representing Turkey was a logical choice.

"I've been playing for Turkey since I was 17," Kuru told DW. "It was always the right decision. I never received a call-up from Germany even though I was asked to take part in the national tryouts." 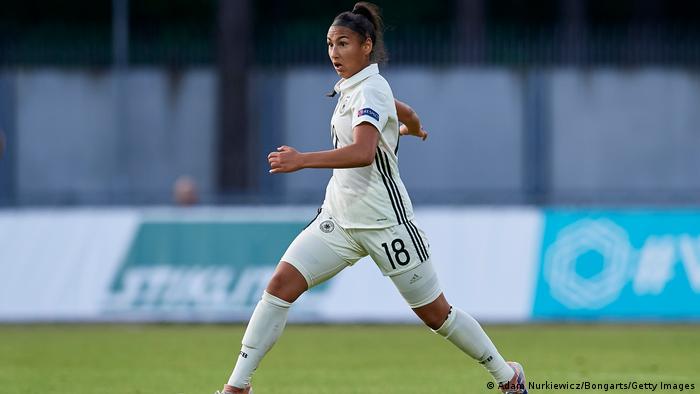 That's why Friday’s game won't be a typical matchup for the Germany-born player. The 20-year-old knows this game will tug at her heartstrings.

"You're between two countries," said Kuru. The feelings are mixed. In any case, I'm excited. It will be an unforgettable moment."

Growth of women's football in Turkey

The last time Turkey faced Germany was in qualifying for the 2017 European Championship. Germany won 7-0 at home before winning the reverse fixture 6-0 in Istanbul.

Kuru was at the first contest between the two countries, not as a player but as a spectator. Turkish football has slowly but steadily undergone significant changes since then, starting with the expansion of women's teams in the country.

"I think Turkey has made progress in the last 10 years. Most of all, many clubs, including Fenerbahce, Galatasaray and Trabzonspor, have founded women's teams and that will also boost development. And they started showing women's games on TV. It's slowly picking up here," Kuru said. 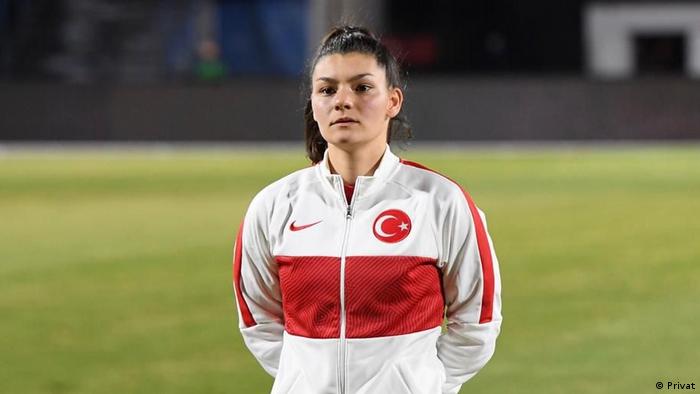 Busra Kuru is encouraged by the progress made in Turkish football

The boost means the playing standard has greatly improved, but Cin never underestimated the quality of Turkish football.

"The training was physically very challenging, " she said. "I noticed we had to run a lot and we had to be technically very skilled. But in Germany they're tactically a lot more advanced."

For all the progress, Turkey is still waiting to qualify for its first major tournament, with the nation currently 69th in the FIFA world rankings.

"I'd say technically we are a very strong team. Not like Barcelona, but in that direction." Kuru said. "Turkey is ambitious and aggressive."

Will Turkey qualify for the Women's World Cup?

Qualifying for the 2023 World Cup was always going to be difficult for Turkey, given that they were placed in the toughest qualifying group. Nonetheless, they have four points from a possible nine, enough for third place in Group H.

Their 1-1 draw against second-placed Portugal in September showed they remain a tough opponent, and the performance ignited plenty of passion for the women's game in Turkey.

"On our way from the airport to the hotel, all these fans were expecting us," Cin said. "Our team bus was welcomed at the hotel. Fans were there with pyrotechnics."

A victory over Germany, who have won all four qualifying games so far, could trigger an even bigger reception. And for all the talk of home advantage, at least for Cin and Kuru, they will feel at home in Braunschweig. 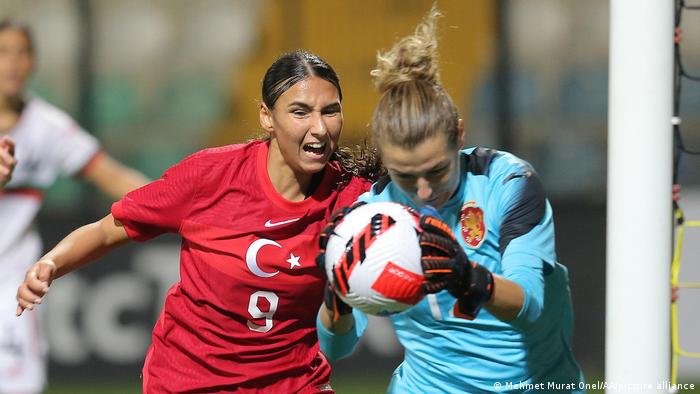 Cin won the first of her four Turkey caps in September 2021, against Portugal

"It will feel like a home game. Partly because a large part of my family lives here and they'll be watching," Cin said.

Victory on Friday would be an important step on the way toward achieving their long-term goal of competing regularly with the top teams in the world.

"Turkey has to develop faster than Germany or Spain or the rest. But if the progress continues, one can rise quickly. In five years, Turkey may not be like Germany, but internationally they will be better and more capable of keeping up," said Kuru.

Germany are favorites going into Friday's qualifier and Turkey may struggle to overcome the speed, individual quality and tactical finesse of the Germans, but that won't stop Turkey from dreaming big.