The mainstream media believe that football fans should pay more attention to the women's Bundesliga title race. Meanwhile, the Kheira Hamraoui case is gaining traction due to the involvement of a former men's player. 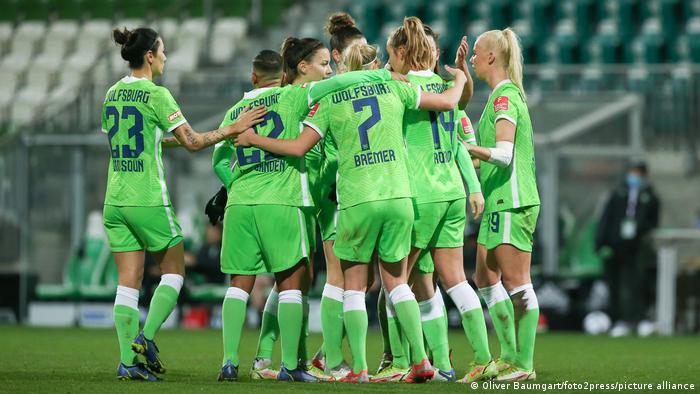 The current tension at the top of the women's Bundesliga has captured the attention of the mainstream media. German football magazine 11Freunde, which only occasionally devotes column inches to the women’s game, recently highlighted why fans should pay closer attention. The argument being that it’s more down-to-earth and more exciting and, unlike in the men’s Bundesliga in recent seasons, there are real title races.

The top of the table remains more hotly contested than ever before, with Wolfsburgunable to extend their lead at the summit with a 5-1 win over Essen. Nevertheless, the fact that articles still start by outlining that women can also play football remains significant. They then they go on to demand increased investment, as if it were that straight forward.

The favorable comparisons of being more exciting and honest than the men’s game are welcome, but an analysis of Frankfurt’s high-flying form or whether Bayern’s women are meeting expectations is still read far too rarely.

Remarkable work is being done across the board in the Frauen-Bundesliga, including at Turbine Potsdam. The last remaining traditional women's club are keeping pace with the leading pack, but dropped points in disappointing circumstances as they let a 3-1 lead against TSG Hoffenheim slip in the final five minutes of their 3-3 draw.

The club are still developing excellent players, chief among them Selina Cerci, who came from Bremen in 2020. However, it’s been a long time since Potsdam were a factor in the title race. This season Turbine are holding their own just three points adrift of league leaders Wolfsburg as they continue to push back against the changing of the tide. Successive games against fellow frontrunners Frankfurt, Bayern and Wolfsburg will ultimately show whether the Potsdam women can keep up in the long-term.

After narrowly surviving last season, the impression is that SC Sand have used up all their luck in battling relegation. Or, to put it another way: the balancing act of competing in the top flight with limited financial and structural capacities is no longer working for the village club.

Given the quality of the sides that they are up against, fate is no longer in their hands. 1.FC Köln have proven their mettle as a newly-promoted side, who has the financial power of a men's professional club behind it. Meanwhile, teams like Bremen, Essen and Freiburg are proving to be of a different caliber, above all in front of goal.

After their 2-0 defeat against Freiburg, they remain in last place, with only one point, seven adrift of safety. As a result it’s hard to see relegation not being in Sand’s future. Against Freiburg, SC’s effort levels couldn’t be faulted, but the amount of mistakes and long balls could, as they rarely threatened to score. "I'm glad that we're seeing more fire again, we want to build on that,” said captain Michaela Brandenburg. "We will not give up until the end." 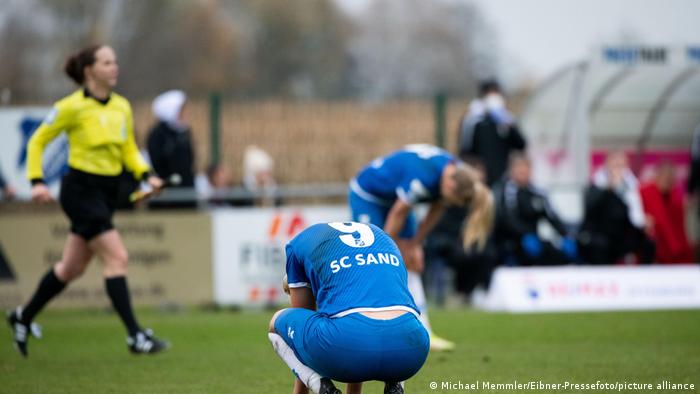 The case of Kheira Hamraoui

If she were a man, her story would certainly have made waves right from the start. Because she is a woman, it has only gained traction when a famous man became involved.

One of France’s top players, Kheira Hamraoui, was attacked by two masked men on her way home after a team dinner at the beginning of November. One man allegedly dragged her out of the car and beat her with an iron bar, mainly on her legs; possibly to damage her career. Since teammate Aminata Diallo remained unharmed during the attack, she was the first to come under suspicion.

The attack has only been discussed more widely in Germany since Eric Abidal, the former French men's national team player and interim sports director of FC Barcelona, became entangled in the suspicion.

Hamraoui is said to have had a sim card in his name in her mobile phone. So far, there is only speculation about the nature of the relationship between the two and the mastermind of the robbery. Hamraoui has suffered "considerable physical and psychological damage", according to her lawyer.

Franziska Wildfeuer's Rise as a Referee

The investigations have seemingly had an adverse effect on Hamraoui's club, Paris Saint-Germain. In the French D1 Feminine, PSG surprisingly lost 6-1 to Olympique Lyon on the previous matchday before bouncing back with a 7-0 win over Stade Reims to remain within three points of league leaders Lyon.

In third, Paris FC are still a somewhat unfamiliar name in the league as the reformed traditional women's club Juvisy FCF, which merged with Paris FC in 2017 and has been playing under that name since the 2018 season.