Germany's lockdown measures are having little impact as the country records high infection and death rates. Ahead of a summit this week, politicians are only divided on how long the current lockdown should be extended. 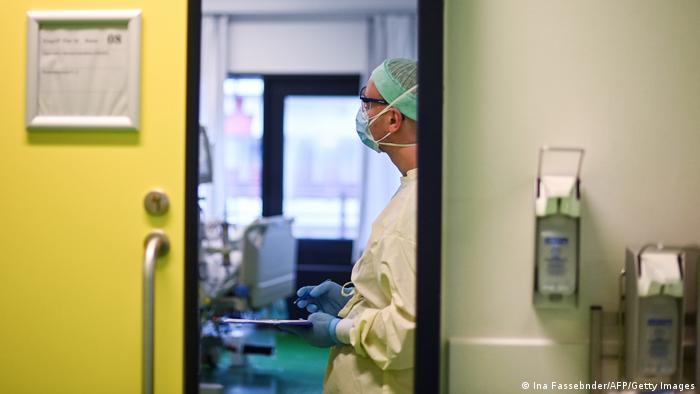 "The lockdown must be extended until the end of January," Bavarian State Premier Markus Söder told German newspaper Bild on Sunday.

"Premature easing would set us far back again," he added.

His comments came ahead of a meeting between the 16 state premiers and Chancellor Angela Merkel on January 5 to discuss the current lockdown.

Tight restrictions in place across the country are due to end on January 10. But they have had little effect. Last week, Germany reported a record number of daily deaths, over 1,000, as well as ballooning infection rates.

Extension likely, but for how long?

State premiers reportedly agreed that the current lockdown should be extended during a video conference on Saturday, according to Germany's Frankfurter Allgemeine newspaper.

But they were said to be split on the length of the extension.

States hit hardest argued for a three-week extension until January 31, the Frankfurter Allgemeine reported, citing the meeting's participants. These include Saxony, Thuringia, Baden-Württemberg, and Bavaria.

Although it was "irritating," the numbers of infections were simply too high to lift restrictions, Bavarian leader Söder added in a tweet.

Söder's fellow conservative Michael Kretschmer, state premier of Saxony, had a similar assessment. He said Germany had succeeded in preventing a rapid increase in new infections in December, but that this should not mean the country being lulled into a false sense of security. He said the experiences of neighboring countries showed premature relaxations would often be followed by a jump in infection rates.

"I advocate being consistent and having nerves of steel," he said, noting that case rates were still high. "An extension of the lockdown in Saxony until at least the end of January is therefore unavoidable."

How the pandemic is upending young people's lives

Meanwhile, Thuringian State Premier Bodo Ramelow, from the socialist Left party, said he did not foresee any relaxation of measures, such as allowing face-to-face teaching in schools, before the end of January.

In fact, Ramelow said he thought a tightening of restrictions might be necessary after a rush of weekend visitors to winter sports destinations in the Thuringian Forest. The state premier suggested that residents should be limited to travel no further than 15 kilometers (about 9 miles) from their homes.

Ramelow said it was a case of "gritting our teeth now in January" to keep the health care system functioning.

The premiers of Bremen, Hamburg and Hesse are in favor of reassessing coronavirus lockdown measures sooner, according to the Frankfurter Allgemeine.

The reopening of schools and pre-schools has become a sticking point among lawmakers.

New research has shown that the virus also spreads in schools — which was not initially thought to be the case.

The current lockdown has seen nonessential shops, beauty salons and cultural and nightlife venues shut; school holidays extended and private meet-ups limited. But this has had little impact on curbing infection rates.

The seven-day incidence, which measures how many people have been infected per 100,000, is 139.6, according to Germany's public health body, the Robert Koch Institute.

This is far above the figure of 50 infections per 100,000 that the government has set for the possible lifting of restrictions.