According to a German media report, Berlin plans to further reduce liability risks for public Wi-Fi hotspot providers. Under the draft bill, authorities would also be unable to impose password protection. 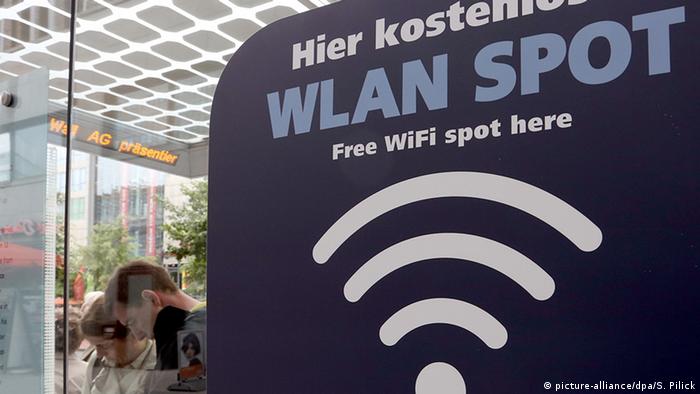 Citing a draft law from Germany's Economics Ministry, regional daily "Rheinische Post" reported on Monday that the ministry wants owners of cafes or hotels to be exempt from all costs for court proceedings when users download illegal films via their Wi-Fi.

Under the draft legislation, authorities would also be unable to force providers to secure their Wi-Fi with a password if their network had already been abused for illegal acts.

The amendment to the Telemedia Act was prompted by a recent decision by the European Court of Justice, which states that while Wi-Fi providers should not be liable for violations by third parties, "a court or a national authority can issue an order against a Wi-Fi provider to prevent the repetition of an infringement."

This could be achieved by means of password-protected access to a Wi-Fi network, in which users have to reveal their identity.

As a result, providers of open networks feared receiving a written warning or encryption of their network.

In order to comply with the European Court of Justice, Germany's Economics Ministry has instead proposed that the provider of an open Wi-Fi network could instead be instructed to block access to certain websites, if deemed necessary by authorities.

The German government first cleared the way for open and private Wi-Fi hotspots last year after relaxing the country's restrictive rules, which had left many German businesses unwilling to provide free internet access to the public. 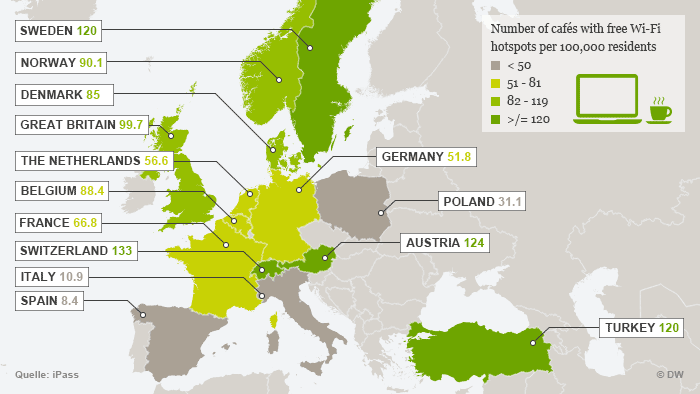 Private hotspot providers in Germany were previously liable for the misconduct of users, meaning that if, for example, a user illegally downloaded a movie on a particular hotspot, the provider ran the risk of being sued for piracy.

As a result, public Wi-Fi in Germany has long been hard to come by - much to the annoyance of the German public.