The German government has cleared the way for open and private WiFi hotspots. A provider liability law that makes hotspot providers responsible for users' activity has long limited public WiFi and is set to be scrapped. 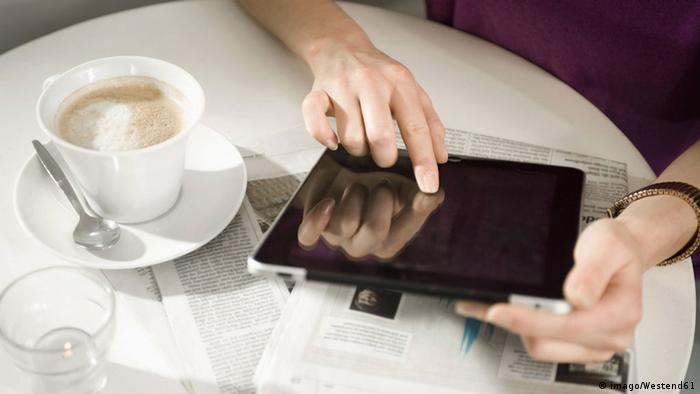 In a dispute over a new Telemedia Act, the German government agreed on Wednesday to relax the country's restrictive WiFi rules, which had previously left many German businesses unwilling to provide free Internet access to the public.

Private hotspot providers in Germany are liable for the misconduct of users. If, for example, a user were to download music or a movie on a particular hotspot, the provider ran the risk of being sued for piracy. As a result, public WiFi in Germany has long been hard to come by - much to the annoyance of the German public.

Under the government's agreement, however, private as well as commercial providers, such as restaurant owners, will benefit from a liability privilege, meaning they will no longer by responsible for their users' online activity.

"I am very pleased that we were able to achieve a breakthrough on the subject of WiFi today," Social Democrat politician Lars Klingbeil said.

"We are able to implement one of the key objectives of the Digital Agenda: The path to more, free WiFi in Germany is finally open," he added.

German Justice Minister Heiko Maas also praised the decision, writing on Twitter that the "abolishment of provider liability is an overdue and important step."

Lawmakers look likely to debate the new legislation in the Bundestag - Germany's lower house of parliament - as soon as next week, with the view to implement the bill by the autumn.

The ruling "grand coalition" of Christian and Social democrats also agreed on Wednesday to allow open wireless access without a technical hurdle, such as an access encryption or a splash page.

The two ruling parties have been locked in a debate over the new Telemedia Act for months. While the Social Democrats have long called for an abolition of provider liability, Chancellor Angela Merkel's CDU repeatedly opposed the SPD's demands.

The German city of Karlsruhe has become one of the first in the country to offer unlimited, free WiFi. Others, like Cologne, are following - but they often have time or volume restrictions. (07.05.2014)

For refugees, the internet is often their only connection to their home country. And across Germany, volunteers are banding together to make sure asylum-seekers have access to WiFi free of charge. (06.10.2015)