Karlsruhe is one of the first German cities to pilot ′real′ free and unlimited WiFi | Science| In-depth reporting on science and technology | DW | 07.05.2014

The German city of Karlsruhe has become one of the first in the country to offer unlimited, free WiFi. Others, like Cologne, are following - but they often have time or volume restrictions. 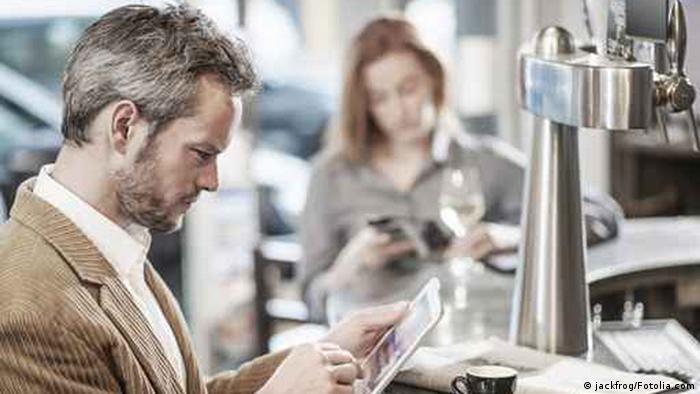 Slow reality: surfing on free WiFi while you're out and about

Citywide WiFi has been a dream for many of us for years. And indeed some have tried to make that dream come true.

In New York, there was talk of the city converting old telephone booths or call boxes into wireless hotspots.

There have also been efforts by companies such as Towerstream and Fon, who want more of us to share our wireless networks and allow a kind of piggybacking, either in a paid-for model or for free.

But there are significant and perhaps justified concerns about security in such wireless networks. And so it's been quite hard to get the idea to take off.

In Germany, however, the city of Karlsruhe has just become a pioneer.

IT expert Bernd Strehhuber points up at the soaring bell tower of Karlsruhe's 18th century palace.

"The WiFi antennas are hidden inside the bell tower," he explains. "The palace is heritage listed so we had to mount them on the inside where they would be invisible." 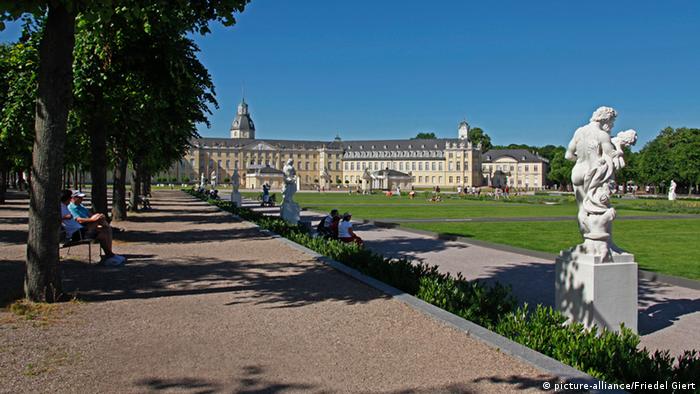 The antennas have been installed as part of a one-year municipal WiFi project that provides free WiFi in open spaces in Karlsruhe, such as the palace gardens, the central station and several other popular squares in the inner city.

KA-WLAN, as the service is called, has just gone live. Other cities, such as Cologne, have followed this week, with services supported by commercial operators.

In Karlsruhe, Strehhuber whips out his cell phone to check the wireless signal in the gardens and brings up the new WiFi registration page, which he happens to have programmed - it's currently available in English and German. French is also planned. (Located in south-western Germany, Karlsruhe is only 15 kilometers from the French border.)

New users need to register for the WiFi service with their name and either an email address or a German mobile number. They then receive a code, which allows them to surf the Internet with their laptops, tablets or mobile phones.

In many other countries around the world, it's possible to use WiFi without having to reveal your personal details.

But German law is a little murky on whether providers of wireless services are liable for illegal content transferred on their network. So to ensure wrongdoers can be identified, WiFi users in Germany are often asked to register.

A while in the making

Strehhuber is a founding member of INKA, a non-commercial Internet provider and one of several organizations backing KA-WLAN.

INKA has itself provided free hotspots in Karlsruhe since 2003. 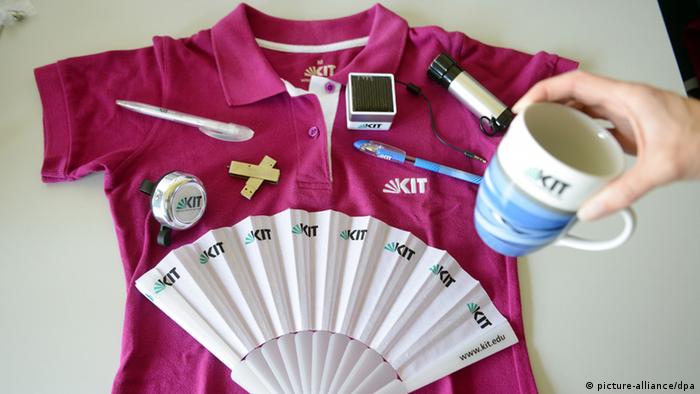 Back then, INKA had the idea of piggybacking on the extensive campus WiFi network of the Karlsruhe Institute of Technology (KIT) - a large university with 24,000 students and 9,000 staff members. Because the university is located centrally, it was easy and relatively cheap to extend KIT's WiFi signal to other areas of the city.

It was only recently though that the city's decision makers completely supported the idea of free WiFi and looked into backing a municipal service.

The Karlsruhe council decided it made the most sense to expand upon the existing KIT cooperation, pledging 100,000 euro to trial the project for a year.

Tapping into KIT's network infrastructure means they don't have to build and maintain their own network - and it keeps costs at a minimum, too.

Downloading lectures in the park

As for KIT, making their WiFi signal accessible at key points throughout the city means the university's staff and students have more places to work.

"We think it's a real benefit for the academic life in Karlsruhe to have more off-campus hotspots," says Hannes Hartenstein, one of the directors of KIT's Steinbuch Center for Computing.

"It means that at the IT level, when students are off-campus, they are really on-campus."

The long-term plan for KA-WLAN is to include all of the city's nine higher education facilities and all of their libraries on the WiFi network. And because the city WiFi is seen as a service for students, it was important for those involved not to restrict its use.

"It's not a business model," emphasizes Matthias Hornberger, the chairman of the board of Cyberforum, a network of more than 1,000 IT companies in the region and one of the KA-WLAN project partners. 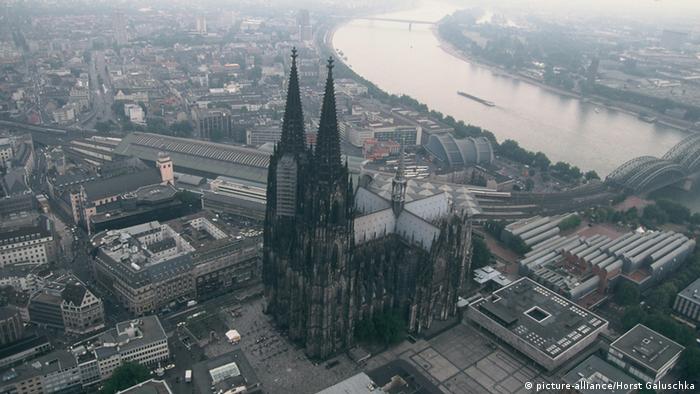 "It is really a free WiFi, so there is no time limit and there is no volume limit. It really is a free solution."

In many other German cities, WiFi hotspots are run by commercial providers who only offer 30 or 60 minutes a day for free. This is the model in the German capital, Berlin and Hamburg, for example.

And even in cities where the council supports the local WiFi service, there often are still restrictions.

In the nearby town of Pforzheim, for example, users can download 500MB a month before the WiFi speed is reduced.

In Munich and Cologne, the service automatically cuts out after an hour - although it's possible to log straight back in.

Of course, even with unlimited WiFi in Karlsruhe, it doesn't mean everyone will be able to use the WiFi at the same time - especially if everyone's sapping huge amounts of data. So watch sporting events such as the World Cup in Brazil this June and July will be out of the question.

"That will be our first technical challenge," says Hornberger.

To put that challenge in perspective, Hornberger says it will be impossible for more than 1,000 people to stream TV or video content at any one time over KA-WLAN.

"We don't have the bandwidth for everyone to sit in the park and watch the game on their tablets."

Waiting for a delayed bus or train is frustrating - who knows when it will arrive? Thanks to smart technologies this is changing, but it's putting pressure on the data experts. (11.04.2014)

Unable to type on a touchscreen? Airwriting may be the solution (for your fat fingers)

German researchers have developed a prototype glove that recognizes words written in mid air. The system could spell the end of the annoying practice of typing texts onto tiny touchscreens. (28.11.2013)

Listen to the report on DW's Sci-Tech weekly, Spectrum