Germany wants to keep "nationally significant" artworks from leaving the country. After debates marked by protests from artists like Georg Baselitz, the new art protection law has passed. 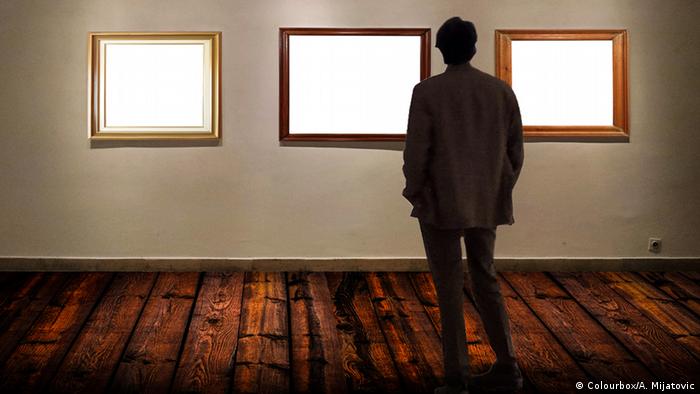 Selling or moving a work out of Germany has just become a lot more difficult.

The German parliament, the Bundestag, on Thursday (23.06.2016) passed a new law that will closely regulate the international sale of art and artifacts deemed to be of significant cultural value.

"With the new cultural protection law, Germany finally recognizes - with decades of delay - the standards of UNESCO and Europe, which are in effect in nearly every European country," said Germany's Culture Minister Monika Grütters, who has adamantly backed the protection act from the beginning.

The path to agreement was "sterile and rocky," added Grütters, but "the right balance between various legitimate interests has finally been found."

What is Germany's national cultural property?

While the bill aims at protecting art of significant cultural value to Germany, a major bone of contention has been the absence of a clear definition as to what that actually means. Thursday in Berlin, a first - if very vague - definition was finally offered. The label applies to works that "bear identity for Germany's culture" and whose removal would cause a "significant loss."

While that clarification may seem to apply to everything or nothing, it will serve as the basis for a legally binding list of protected artworks and artifacts. Each German state will contribute a panel of experts from cultural institutions like museums, archives, libraries, academia, art dealers and private collectors that will be tasked with compiling the register.

Sound like a bureaucratic nightmare? In a letter from states of Baden-Württemberg and Hesse last week, state politicians expressed concern that "an unforeseeable financial and logistical burden" awaited them - which may indeed be the case. However, Grütters said she's expecting only "several thousand" export permit requests per year, since museums - which have until now been responsible for 90 percent of the permit requests - will be freed from filing deadlines. The federal government promised to review the bureaucratic pile-up in two years. 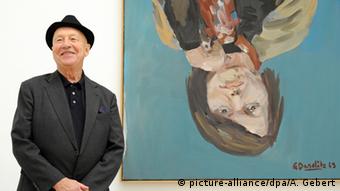 A vocal critic of the law, Georg Baselitz likely won't be impacted

Significantly, works by living artists can only land on the protected list with their approval. The initial fear was that German artists would face an international sales embargo, while "protecting" their works within the country would significantly diminish their value. Gerhard Richter, Georg Baselitz and Andreas Gursky, for example, regularly claim six- and seven-figure sums for their works abroad, where the art market is much more lucrative than at home.

Last August, in response to a draft of the culture protection bill, Baselitz had announced plans to remove his works from museums, turning control of them over to his family.

So will works by high-grossing deceased artists like Andy Warhol or Jackson Pollock, who were not German, be forced to stay within the German borders, where they can only be sold for a fraction of their international market value, if their current owners are located there? That has yet to be determined by the cultural representatives writing the list of protected works.

While artists like Baselitz can likely breathe a sigh of relief since they can opt out of the protection list, collectors of works by non-living artists have also been sweating out the result of Thursday's vote, fearing that they may face a drastic devaluing of their collections should their works land on the list of protected art.

Attorney and art expert Peter Raue told DW in an interview last fall that export permits have until now only been required for sales outside of the EU.

Within the EU, "we've always had free trade." For non-European sales, he said, an "export permit [has been] given if the work has not been stolen, does not belong to Jewish heirs, and is not counterfeit. Whether or not the works sold abroad are German cultural assents has never been an issue" - until now. 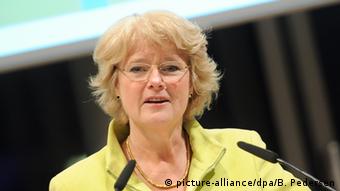 Minister Grütters has stood behind the bill all along

Though a collector of, say, a Baroque masterpiece that is older that 75 years and worth well over 300,000 euros, could not sell the work abroad according to the new law, a special clause was written in at the last minute as a compromise. It stipulates that, in the case of a blocked sale, the dealer can involve a government appraiser that will recommend an appropriate price for the work.

As for ancient archeological treasures, a permit will be required for international sales regardless of their value. The Deutscher Kulturrat, Germany's umbrella organization for cultural institutions, on Thursday praised the last minute decision to drop the value from 100 to zero euros.

As far as art loans go, public and private museums are to get a one-time blanket permit to cover works borrowed for exhibitions.

Laws regulating the export of art have been on Germany's books since 1955, based on lists of culturally significant works that varied in each of the country's 16 states. In 2013, the federal government decided the laws needed refreshing - and that Germany needed a unified registry for works of national value.

With the national debate over the definition of national cultural significance and the role of the state in the art market, a second but not unimportant aim of the new protection law has nearly been forgotten: preventing the circulation of ancient artifacts and cultural treasures from the crisis regions like the Middle East.

In Syria, Iraq and other countries in the Middle East, the so-called Islamic State has been known to not only destroy cultural heritage sites like Palmyra, but also to repossess artifacts from national museums, selling them on the black market and filling their war coffers with the revenues.

Until now, artifacts from crisis regions have required written permission from their respective countries to be sold in Germany. According to the new law, they can now only be sold with a certificate of provenience.

A Tehran museum director has been linked to caricatures that deny the Holocaust. Works from his museum were to be shown in Berlin this year - in an exhibition meant to symbolize closer ties between Germany and Iran. (22.06.2016)