Germany has seen a sharp rise in the number of children outside of the country who receive monthly benefit payments. Hundreds of thousands of the recipients are children from and living in other EU countries. 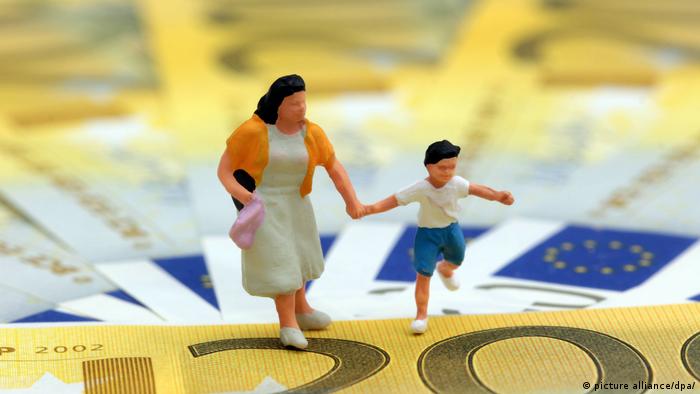 More and more EU citizens working in Germany are receiving child benefit payments, even if their children aren't currently living in Germany, according to government figures reported by news agency dpa on Thursday.

"In June 2018, child benefits were paid for 268,336 children living outside of Germany in the European Union or in the European Economic Area," a Finance Ministry spokesman told dpa.

Per month, the costs of payments for children living abroad amounts to €50 million ($60 million), per year the government pays over €600 million.

The "Kindergeld" benefits consist of monthly payments for each child in a family, starting at €192 per month per child for the first two children. Payments are then staggered depending on the number of children.

EU law currently dictates that child allowance benefits are taken over by the country where an EU citizen is currently residing or working, regardless of their nationality.

For years, politicians across the political spectrum in Germany have urged for a change in the current system. Several mayors of towns with large immigrant populations say the current setup has led people to come to Germany specifically for the social benefits.

"The German government is sleeping through the problem. They have to finally do something about the fact that there are poverty refugees in Europe," Sören Link, the mayor of the western German city of Duisburg told dpa.

According to dpa, the number of recipients from eastern European countries like Poland, the Czech Republic and Romania has risen significantly since the end of last year.

Last year, then-Finance Minister Wolfgang Schäuble introduced a draft law that would adjust the amount of child benefit payments to the amount received in a person's home country. The move was criticized by the European Commission.

You are more likely to fall into poverty with each additional child you have, a new German study has found. Its financial backers have called for a fundamental re-think of the child benefits system. (07.02.2018)