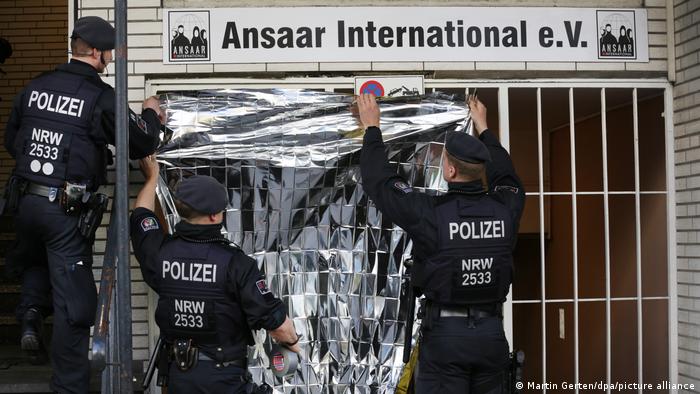 Interior Minister Horst Seehofer announced on Wednesday that Germany has banned the Islamist organization Ansaar International and several of its sub-organizations.

Alter quoted Seehofer as saying: "If you want to fight terror, you have to dry up its sources of money."

The Düsseldorf-based Islamist association stands accused of sending funds to terrorist groups abroad including the Al-Nusra Front in Syria, the Palestinian Hamas (which is on a European Union terrorism blacklist) and Al-Shabab in Somalia.

The interior ministry said that some of the money donated would go to projects that could be counted as "directly within the sphere of activity of one or another of these terrorist organizations."

It said some of the group's missionary activities also contravened German law.

Where were raids conducted?

About half of the 90 people affected were in NRW, the state which Düsseldorf is situated in.

Ansaar International's website says that its humanitarian projects help "people in need at home and abroad," with projects in Lebanon, Sudan and the Palestinian territories advertised.

Which other groups were banned?

The network of associations that have now been banned also includes the Änis Ben-Hatira Foundation (named after the German-Tunisian football player), the Somali Committee for Information and Advice in Darmstadt, the women's rights association ANS.Justice, and second-hand charity stores Umma Shop and Better World Appeal. 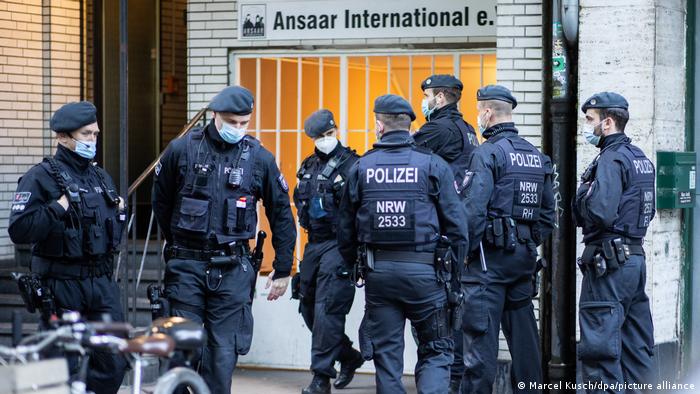 German newspaper die Zeit reported on its website that the so-called sub-organizations were formally independent but were in fact a network financially dependent on one another, "serving the sole purpose of disguising the flow of money" under the control of the chairman of Ansaar International.

Security authorities carried out a major raid on the Ansaar network in April 2019 during which extensive material was seized, prompting a series of investigations and becoming the starting point for the ban.

Who are Germany's Salafists?

Ansaar and an affiliated organization "spread a Salafist world view and finance terror around the world under the guise of humanitarian aid," Seehofer said.

Children from Germany would be sent to institutions set up by Ansaar International abroad "in order to internalize Salafist extremist content there and carry it back to Germany," he added.

Germany's domestic intelligence said in its annual report last year that the country's number of Salafists had increased to an all-time high of 12,150 in 2019, listing them among "Islamist extremists."

According to the report, the number of Salafists had more than tripled since 2011 and the Salafist scene in Germany was going through a "consolidation stage," with followers keeping a low public profile.