The German government is pondering setting up an upper limit for cash payments as part of its efforts to fight global terrorism and money laundering. Berlin intends to push for such a limit at EU level. 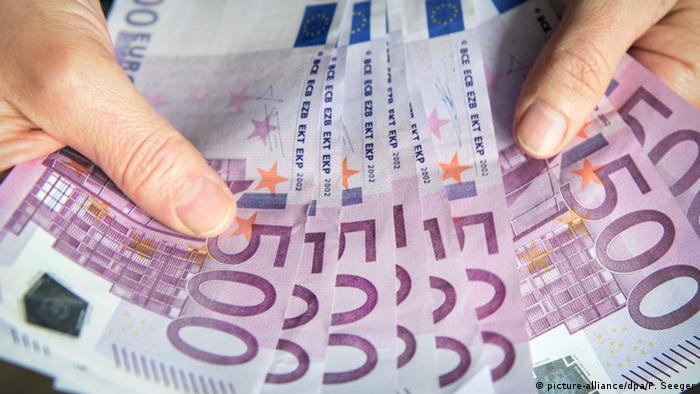 He added that while Germany would work to reach an EU-wide arrangement on this issue, it could introduce a national limit if the efforts failed to deliver an agreement.

A recent study commissioned by the German government concluded that money laundering - a process of turning the proceeds of illegal activities such as blackmailing, drug or arms trading into legal money or assets - amounts to over 100 billion euros annually in Germany.

The government believes imposing an upper limit of 5,000 euros on cash payments would stem the flow of illegal money into the country. It made it abundantly clear that such a measure would by no means aim to pave the ground for doing away with cash payments altogether.

While a few European countries such as Bulgaria and Italy have already put in place such measures, others like Portugal are considering introducing similar restrictions.

However, the idea of placing an upper limit on the usage of cash has also sparked criticism in Germany, where people tend to use cash more than in many other EU nations.

European leaders have agreed to step up their controls of virtual currencies such as bitcoin and other anonymous payment methods they suspect Islamic State and other terrorists use to finance attacks. (20.11.2015)

A visit to the Berlin headquarters of the state-owned KfW bank is full of surprises. Its basement contains a treasure trove of relics of East German history, including the 500-mark note that never saw the light of day. (03.11.2014)