The German Interior Ministry sees a growing threat to society from transnational organized crime. Berlin is calling for better law enforcement cooperation with countries that are preparing to join the European Union. 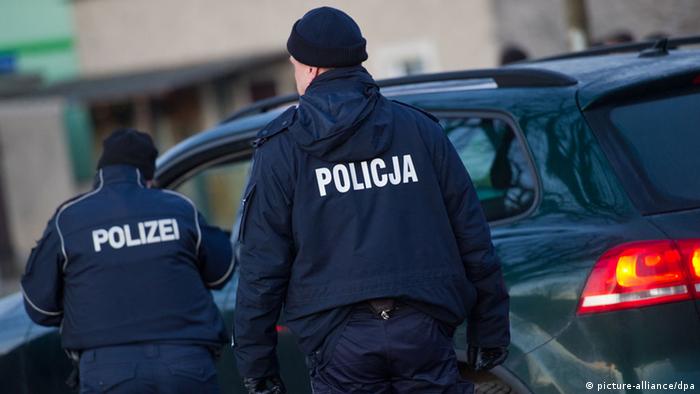 While the public has been primarily focused on the threat posed by radical Islamist terrorism, organized criminal networks in Germany have taken on growing international dimensions, with the authorities increasingly reliant on partner states to pursue investigations.

Some 78 percent of the investigations into organized crime in Germany had international dimensions with a total of 128 foreign countries involved, according to de Maiziere. The interior minister specifically named Italy, the Balkan states, Romania, Russia, Georgia and Holland. In 2013, suspects were German nationals 40 percent of the time, a 2 percent increase over the previous year.

"The police have limited resources, and there's a consideration of where to invest those resources," Jörg Kinzig, an expert on criminal law and organized crime at Tübingen University, told DW

The Interior Ministry and Federal Criminal Police Office conducted 580 investigations in 2013, a rise of 2 percent over the year prior. The number of suspects has risen by 15 percent to more than 9,000, according to de Maiziere. In total, organized crime caused 721 million euros ($910 million) in economic damage to Germany last year. 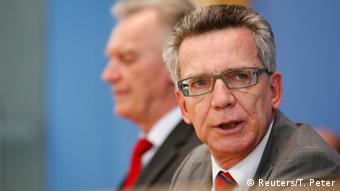 But Kinzig warned against drawing quick conclusions, saying that the statistics are influenced by what the authorities choose to focus on.

"I don't at the moment see a particularly worrying increase," he said. "The numbers given are in line with what's been seen in Germany for years."

De Maiziere promised to strengthen partnerships with foreign governments to address the increasingly transnational nature of organized crime in a borderless Europe. But he criticized Albania and Serbia, both EU candidate countries, for not fully cooperating with German authorities in investigating organized crime.

"Especially in the EU association process, we have to insist on more concrete progress in the fight against organized crime," he said, adding that in cases like Albania, criminal networks often reach into the state apparatus.

Criminal enterprises generate some 100 billion euros across the EU per year, according to an interim report by the Catholic University of the Sacred Heart in Milan. This money is turned quasi-legitimate by laundering it through industries such as construction, the wholesale trade in food and clothes, transportation and logistics as well as bars and restaurants.

"Wherever there's cash, it's easier to launder money," Michele Riccardi, the author of the report, told DW.

"If you think about construction, you have subsidies, you have public procurement," Riccardi said. "So criminal groups, which are able to corrupt politicians or infiltrate the political and administrative spheres, can quite easily work in this sector."

De Maiziere admitted that German authorities successfully confiscate dirty money in only one-fourth of the cases. He vowed to intensify the fight against money laundering. But according to Kinzig, there are limits to what law enforcement can accomplish in a democratic country.

"In the past, there were discussions about whether or not to ease the rules regarding evidence, or whether you have to prove where the money actually comes from," Kinzig said. "But generally speaking, the boundaries of the rule of law have to respected."