Germany's armed forces, the Bundeswehr, has confirmed it is missing more than 60,000 rounds of ammunition. Another 48,000 rounds from an elite special unit with links to right-wing extremism are also unaccounted for. 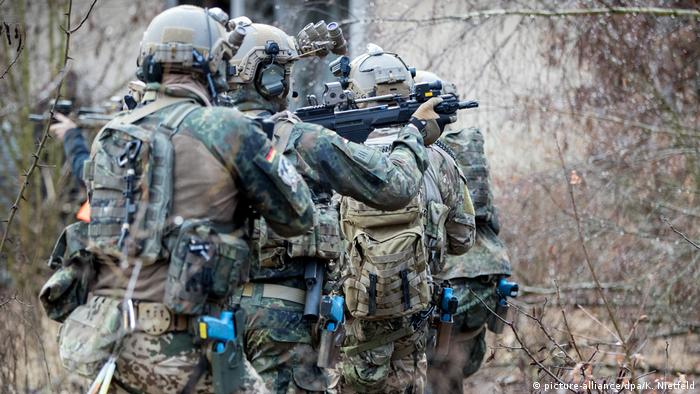 Germany's Bundeswehr is investigating after tens of thousands of rounds of ammunition were reported missing from its inventory, a Defense Ministry spokesman said Friday.

The reason for the missing ammunition remains unclear, he told news agency DPA.

An earlier report from newspaper Die Welt on Friday had said at least 60,000 rounds of Bundeswehr ammunition had gone missing since 2010, according to a confidential reply to a government information request filed by several parties in Germany's parliament, the Bundestag.

Only around 36,000 of over 96,000 missing cartridges of varying caliber have been located, the government reportedly said.

This figure excludes some 48,000 rounds that went missing from the army's elite Special Forces Command (KSK) unit, which recently came under fire after right-wing extremism was uncovered among its ranks.

"We are now investigating intensively and assessing our practices — not just in the KSK," the ministry spokesman said.

The investigation will examine whether the missing ammunition is the result of sloppy work, rounds left abroad, or criminal activity, he said, adding that none of the possibilities could be ruled at this time.

"Sloppiness will be stopped, every case of diversion will be reported and the public prosecutor's office will be called in," the spokesperson said.