Sief Allah H. was arrested after police in Cologne found a deadly toxin in his apartment. A local newspaper reported that the suspect came to Germany in 2016 and had terrorist sympathies. 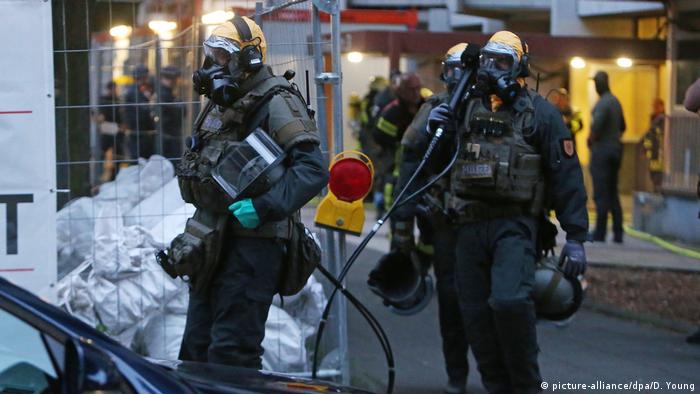 Federal prosecutors on Thursday charged a 29-year-old Tunisian citizen with producing a biological weapon after police found highly toxic ricin in his apartment in the western city of Cologne.

Sief Allah H. has been in police custody for two days on suspicion of violating the War Weapons Control Act and "preparing a serious act of violence against the state." Special police and fire units found the ricin during a raid of his home late on Tuesday.

Security services first became suspicious after H. ordered 1,000 castor seeds — the main ingredient for producing ricin — and a coffee grinder from an online store in mid-May, prosecutors said. He successfully produced the toxin in June.

Possession of the highly toxic substance, which is 6,000 times more powerful than cyanide, is restricted by a 1997 international convention on chemical weapons. Exposure causes organ failure and death can occur within 36 to 48 hours, according to Germany's Robert Koch Institute, which categorizes ricin as a "potential biological weapon." There is no known antidote.

The man first came to Germany in November 2016, local daily Kölner Stadt-Anzeiger reported. He reportedly had sympathies for the "Islamic State" (IS), the Islamist terror group that has carried out attacks in Europe and fought in the war in Syria. 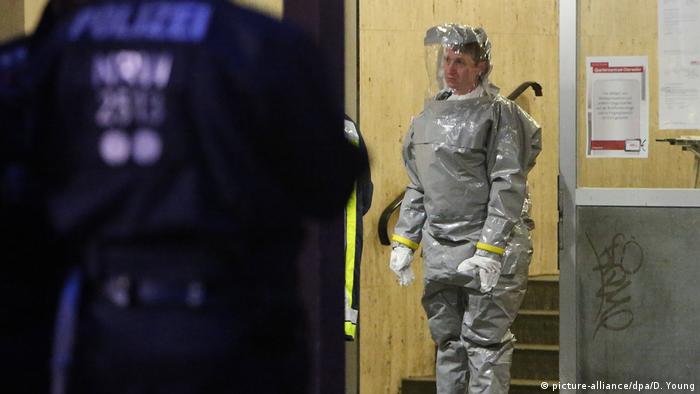 But prosecutors said they have not found evidence the man was planning an attack at a particular time or place or that he was a member of any terrorist organization.

The newspaper also reported that authorities had been observing the suspect for some time. Police reportedly decided to raid his home after discovering that he had ordered castor seeds online.

German weekly Der Spiegel reported H. was thought to have followed online IS instructions for building a ricin bomb.