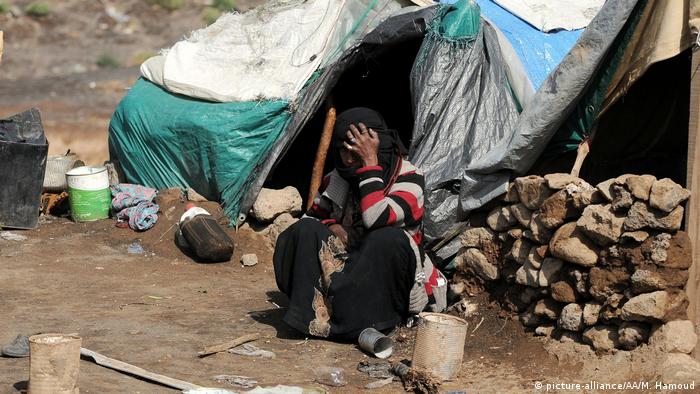 The war-torn country, which has also been hit by a fast-spreading coronavirus outbreak, will receive the funds after the Minister of State at the Federal Foreign Office, Niels Annen, pledged during a virtual donor conference:

"It is one of the biggest and most serious man-made humanitarian crises. COVID-19 might cause further devastation," said Annen. "Therefore, Germany is providing €125 million in humanitarian aid."

Saudi Arabia hosted the virtual UN conference in the hopes of raising roughly €2.15 billion to counter funding shortages for aid operations in the Middle Eastern country.

Yemen has suffered through years of civil war, poverty and cholera — and now COVID-19 is also rampant. Indeed, a number of aid organizations revealed the country is on the brink of collapse due to the drastic combination of events.

The Johns Hopkins University has so far confirmed 384 cases of COVID-19 in Yemen, and 84 fatalities, though few believe these figures to truly represent the scale of the outbreak.

Germany was one of a number of countries making substantial donations on Tuesday, with the United Kingdom pledging £160 million (€180 million, $200 million) in humanitarian aid.

Funding shortages have placed Yemen in great peril. A conflict between a Saudi-led coalition and the Iran-aligned Houthi group has meant 80% of the Yemeni population need aid. In 2018, the UN warned that 13 million people faced starvation in what it said could turn out to be "the worst famine in the world in 100 years."

"Anything below $1.6 billion and the operation will be facing catastrophic cutbacks," Lise Grande, UN Humanitarian Coordinator for Yemen, told news agency Reuters just days prior to the conference.

"We won't be able to provide the food people need to survive, or the health care they need or the water or sanitation or the nutrition support which helps to keep 2 million malnourished children from dying," she said.

The UN organized humanitarian plan raised $3.2 billion in 2019, but so far this year has only received $474 million.

Yemen has suffered through years of civil war, poverty and cholera — and now COVID-19 is also rampant. Aid organizations say the country is on the brink of collapse. (01.06.2020)

Why millions of kids face a bleak future

Some 180 million children worldwide are more likely to live in extreme poverty, be deprived of basic education or suffer a violent death than their parents, according to a 2017 UNICEF report. DW takes a look. (20.11.2017)