As Germany dramatically boosts its defense budget in the face of the Ukraine war, it is planning a reduction of development aid by 12% in its draft budget. The decrease has critics up in arms. 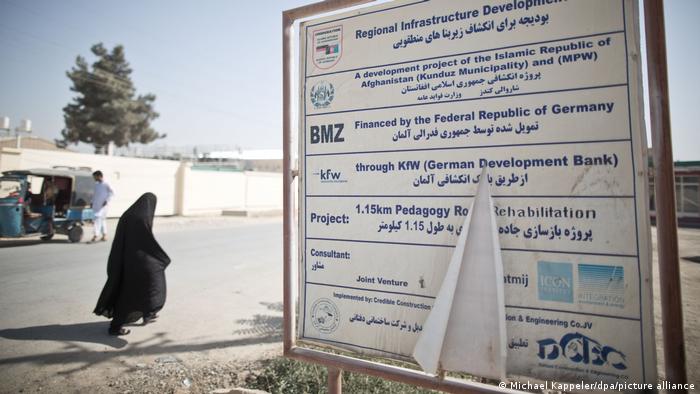 Germany's new Finance Minister Christian Lindner, from the neoliberal Free Democrats (FDP), has presented his draft budget for his first year in office. It foresees spending to the tune of €457.6 billion ($503.5 bn). Not all of the government ministers are happy with the plans.

But Ukraine and Russia are also major grain exporters – and those exports will now all but dry up as the war continues.

"The war in the world's breadbasket is having a dramatic impact on global nutrition," warned Development Minister Svenja Schulze, from the center-left Social Democrats (SPD).

Meanwhile, Germany is set to cut its contribution to the World Food Programme by 50% to €28 million. "This amount will not be enough to compensate for crop failures and prevent famine," Schulze warned.

Even before the war broke out, she said, the COVID pandemic affected the poorest countries, adding to the burden on their health systems and economies. And all this was on top of the climate crisis, which is hitting the world's poorest countries the hardest, with droughts, storms, floods, and crop failures.

Germany will uphold its commitment to spend 0.7% of economic output, amounting to €23 billion, towards official development assistance (ODA). But government spending towards refugees in Germany and humanitarian assistance organized by the Foreign Ministry count as part of ODA as well and make up more than half of development assistance spending.

The actual German development aid budget is an investment in specific programs to alleviate poverty in the long term, rather than the short-term response of humanitarian aid. Germany supports economic, environmental, social, and political programs in developing countries, which contribute to the fight against hunger and poverty, the protection of the climate and biodiversity, health and education, gender equality, fair supply chains, and technology transfer. Germany is one of the largest donor countries worldwide. 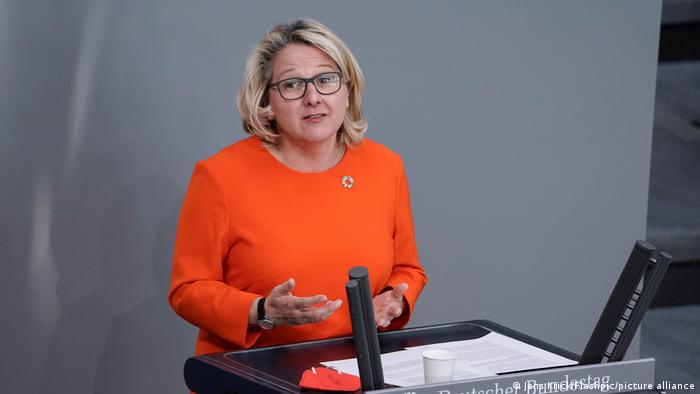 But the smallest partner in the new coalition government,the business-focused Free Democrats (FDP) have a skeptical view of development aid. In its party platform, the FDP states that substantial savings are possible in this area — by placing the focus on "quality rather than quantity," according to party publications. It is the party's chairman, Finance Minister Lindner, who has now presented the draft budget slashing the development aid by €1.6 billion.

"The way forward can not be to have more and more projects. We need to be more efficient. Everything needs to be put to the test, whether it's small or large organizations, bilateral or multilateral projects," argued FDP lawmaker Claudia Raffelhüschen in this week's debate in the federal parliament, the Bundestag.

But many parliamentarians are critical of the planned increase in military spending. They find the cuts to development aid particularly upsetting: "Millions more are likely to be driven into hunger by the war," argued Andrej Hunko of the socialist Left Party. In this situation, he said, investing €100 billion in a special fund for the Bundeswehr meant "a completely wrong setting of priorities." 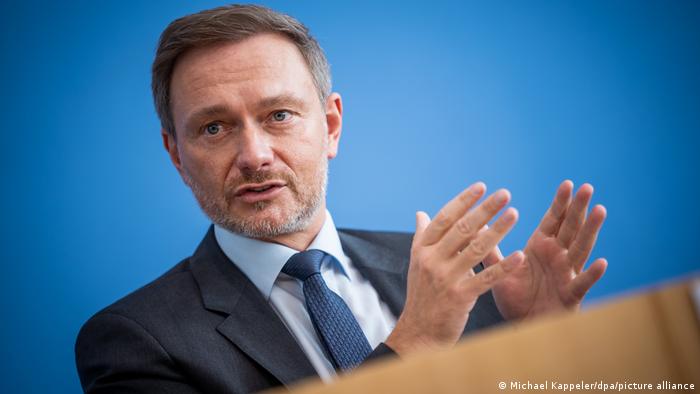 And many in the environmentalist Green Party agree. "Security, after all, does not just mean military security," said Green lawmaker Deborah Düring. "We are responsible to ensure a balance between spending on defense, civil crisis prevention, and human rights-based development cooperation."

In the coalition agreement for the new government that was hammered out by the SPD, Greens, and FDP before they formed the government in December 2021, there is the commitment that development aid and defense spending should both increase at the same pace.

"If the regular defense budget is now to increase by €3.4 billion and the defense budget is actually decreased by €1.6 billion at the same time, this is a violation of our coalition agreement which lawmakers from all three parties find hard to comprehend," said the SPD's development policy spokeswoman, Sanae Abdi.

The sentiment is echoed by German NGOs. Even before the Ukraine-Russia war began one month ago, the development organizations' association Venro had calculated that the budget should be raised to €31.2 billion for development cooperation and humanitarian aid to meet the targets in combating the climate crisis, achieving food security, and improving international health care.

The draft budget will now be debated and an increase in the development aid budget is could still be negotiated. The final budget will be presented and voted on at the end of June.

An estimated tens of millions of people living in Bangladesh were pushed into poverty amid the coronavirus pandemic. One woman started collecting food items from wealthy people in a bid to help out.

A Cologne-based business is matching young Ghanaians with German businesses in need of their skills. Entrepreneur Martin Hecker hopes the international collaboration will alert Europeans to the talent available in Africa.