Germany: Leipzig rocked by second night of violence over eviction of squatters

German police have said a group of protesters threw bottles and stones at officers in the eastern city of Leipzig. The unrest started after the authorities cleared out a squatter house. 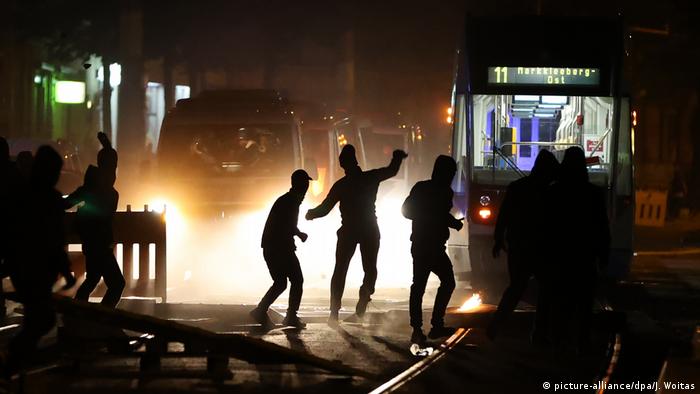 Around 200 to 300 people gathered in Leipzig's Connewitz district on Friday for the second night of violent protests, decrying the eviction of a squatter house earlier this week.

Protesters threw stones and bricks at a police station and arriving officers, set garbage cans on fire and laid burning barricades in the street, according to police.

Two police cars collided — an incident that was noisily cheered by demonstrators.

"Several stones were thrown at our task forces and vehicles," a police spokeswoman said. Eight police officers were injured, while six police vehicles were damaged. 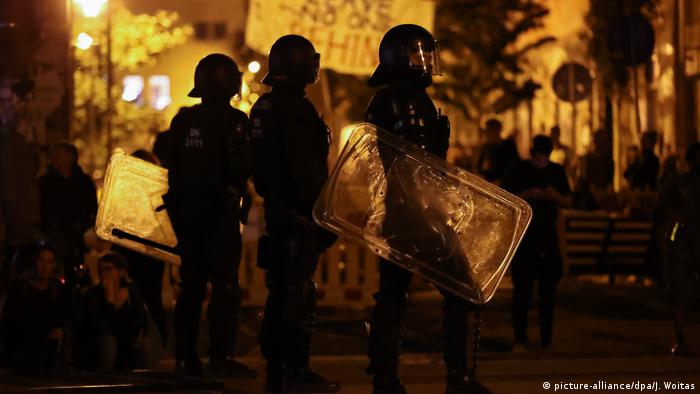 The unscheduled protest prompted the authorities to deploy riot police

Riot police and a helicopter were deployed to the scene. The officers used tear gas against the demonstrators, who were mostly hooded and dressed in black.

After the protest, which lasted for around 45 minutes, some residents helped to remove the barricades and to clean burning garbage cans from the streets.

That night saw 22 arrests, with protesters charged with breach of the peace, attempted bodily harm, dangerous interference in air traffic and property damage.

Protesters gathered on both nights over the eviction of a squatter house on Wednesday, after the owner filed a criminal complaint for alleged trespassing.