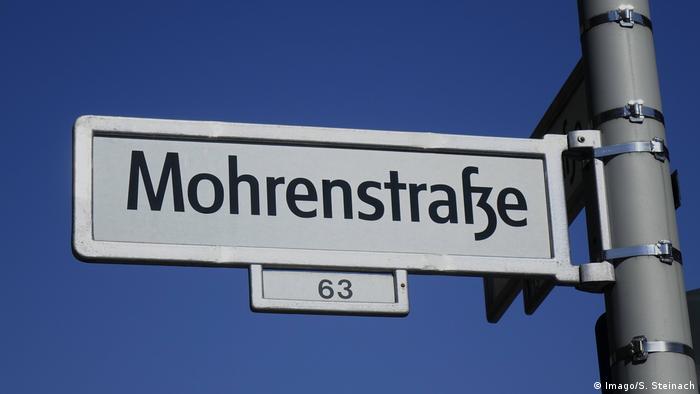 Berlin's Mohrenstrasse, or Moor Street in English, will be renamed to remove its racist undertones, officials from a Berlin district office announced.

Berlin-Mitte district authorities on Thursday said it will change the street name to "Anton-Wilhelm-Amo-Strasse" at the request of Social Democrats (SPD) and Green party members following outrage, which came to the fore in the wake of the Black Lives Matter protests in the capital and beyond.

The Berlin-Mitte district office was asked to "immediately begin the renaming process" to correspond to "today's understanding of democracy" and thereby remove "the existing racist core of the name, which incriminates and harms the national and international reputation of Berlin."

Anti-racism initiatives and activists welcomed the name change.  "This is a great day: Berlin is banishing an insult from the city…" said Berlin Postkolonial initiative spokesperson Mnyaka Sururu Mboro. Berlin is writing "world history," the group declared on Friday.

Organizations supporting the rights of Africans, Afro-Germans and groups that grapple with the legacy of Germany's colonial past have long demanded the renaming of the street. They object to the presence of the word "Moor," which they say is a derogatory term.

The term is dated, but many restaurants and streets across Germany still carry the name.

Moor is also a racialized reference to the Muslim inhabitants across what is now Europe and North Africa during the Middle Ages.

Anton Wilhelm Amo is said to be Germany's first black scholar. He was an African philosopher from what is now Ghana. He received his doctorate in Halle in 1729, where he also taught. Amo also taught at the universities of Wittenberg and Jena.

The story of how Amo came to be in Germany is not without its own controversy. Some accounts claim Amo was abducted as a slave by the Dutch West India Company –  notorious for its slave trade and exploits.  Others claim Amo was "given away" to the court of Brunswick-Wolfenbüttel and, thus, enslaved there.

At the beginning of July, the Berliner Verkehrsbetriebe (BVG), the city's public transit authority, had already decided to rename the underground station Mohrenstrasse.

The decision came after greater discussion about racism in Germany has unfolded in the wake of global Black Lives Matter protests, in reaction to the death of African-American George Floyd while in police custody in the US.

BVG had initially wanted to rename it Glinkastraße, a street which honors Russian composer Mikhail Ivanovich Glinka (1804-1857) and which is located at the intersection of the station, complying with the rules that a station must be named after its location.

However, the Senate rejected the proposal because of anti-Semitism accusations against the composer. The search for a new name is ongoing.