Ten countries, including Germany, have joined together to call for a world without nuclear weapons. The new initiative comes as Germany tries to boost its chances of being elected to a seat on the UN Security Council. 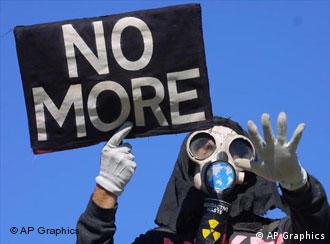 None of the 10 countries in the initiative has nuclear weapons

Germany, joining together with nine other countries, has called for renewed efforts to work towards nuclear non-proliferation and disarmament.

Meeting on the sidelines of the UN General Assembly in New York, the 10 countries launched a new initiative to work towards a world without nuclear weapons.

Foreign ministers, led by Japan and Australia, hope to bring new life to efforts for nonproliferation and disarmament. Their mission statement said: "The only guarantee against the use and threat of nuclear weapons is their total elimination."

German Foreign Minister Guido Westerwelle said they hope to make use of a "window of opportunity" after US President Barack Obama announced disarmament efforts earlier this year. 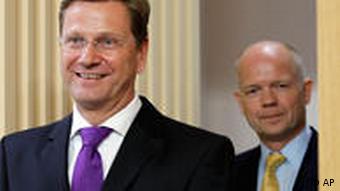 Westerwelle wants US nuclear arms held on German soil out

Westerwelle also warned about the risk of nuclear weapons falling into the hands of terrorist groups.

The foreign minister said this would be "a major threat to security and humanity."

Germany is one of Europe’s leading voices in advocating non-proliferation and disarmament, and Westerwelle has a record of pressuring the US to move faster on removing its weapons from European soil.

The initiative includes Canada, Chile, Germany, Mexico, Poland, the Netherlands, Turkey and the United Arab Emirates – none of which owns nuclear weapons.

The next meeting of the initiative - called the Cross-Regional Group on Non-Proliferation and Disarmament - will be in Berlin, said Westerwelle.

The launch of the new initiative comes as Germany tries to boost its chances of being elected to a seat on the UN Security Council. 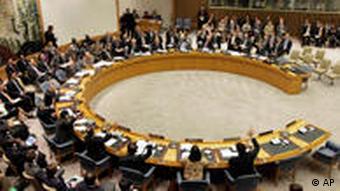 Germany was last on the UN Security Council in 2003-04

Just before leaving for New York, Westerwelle said Germany’s "chances are good" but said they would have to "work hard at it" until the election.

The non-permanent members are elected by the General Assembly, and Germany would need two-thirds of the 192 members to vote for them.

German attempts to join the United States, Britain, France, China and Russia as a permanent member of the council have been unsuccessful in the past. However it has been a non-permanent member on four occasions, the last in 2003-2004.

The Japanese port of Nagasaki has marked 65 years since it was flattened by a US atom bomb, that killed over 70,000 people. The debate on whether the bombings of Hiroshima and Nagasaki were at all justified rages on. (09.08.2010)

In a drive to prove that it is serious about nuclear disarmament, the United States has disclosed the size of its arsenal. The announcement has been applauded in Germany, where nuclear weapons are highly controversial. (04.05.2010)