Police say the balloon slammed into the ground before sliding down a steep slope towards the Rhine River. The pilot was killed in the crash, while seven passengers were taken to hospital. 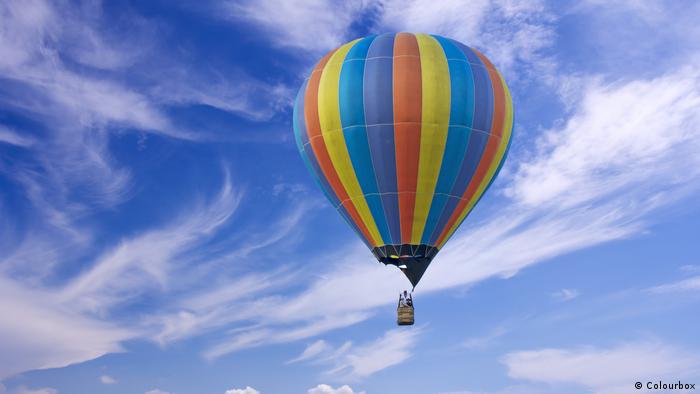 One person died and two others were badly injured in a hot air balloon crash in western Germany's Rhine region late Sunday.

Police said the balloon was carrying seven people when it got caught in a gust of wind during its landing approach south of Koblenz.

It hit the ground several times, throwing four passengers out. The wind then dragged the aircraft down a rugged slope towards the Rhine, where it got caught in some trees above a railway line near the town of St. Goar.

More than 100 rescue workers were involved in a complex operation to retrieve the remaining three passengers from the site.

Police said the pilot died of his injuries, while the others on board were taken to hospital — two of them in a serious condition. The balloon is expected to be recovered later in the week.

An investigation into the cause of the crash is underway. The Rhine region has been hit by a number of summer storms over the past several days.

The crash in Wesel, North Rhine-Westphalia, also injured a child. Witnesses said the aircraft had collided with a hot-air balloon, causing the crash.

The true story of two families' spectacular escape from East Germany during the Cold War, "Balloon" is a big screen adventure set on the border of a divided nation. DW looks at other acrobatic attempts to flee the GDR.