Rescue parties searched through land, air and water for a missing 5-year-old boy in western Germany. He was later found in his family's courtyard. 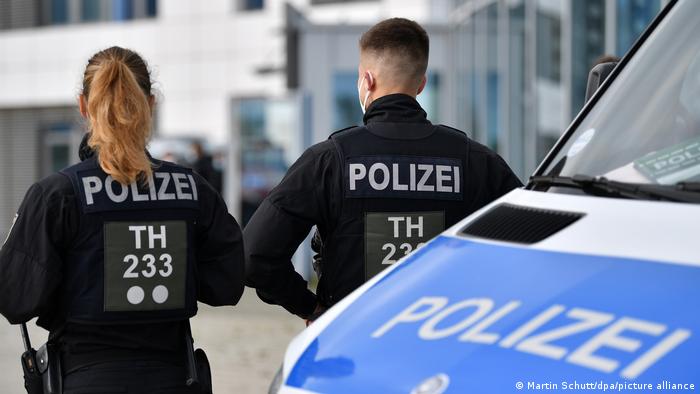 The boy was reported missing around 4:30pm and was found hours later

A 5-year-old boy playing hide-and-seek spurred a large-scale search operation across land, water and air in the small western German city of Krefeld.

On Sunday afternoon, police, firefighters and rescue workers came from several cities to search from around 4:30 p.m. until the evening. Search parties looked for the boy in the area of Lake Elfrather, which is in the immediate vicinity of the child's home, the Westdeutsche Zeitung said. Krefeld is located just northwest of Düsseldorf, in the state of North Rhine-Westphalia.

Throughout the evening, a police helicopter and two teams of drones searched for the boy from the air. On the water, the German Lifesaving Association and the German Red Cross looked for the boy in rescue boats.

At the same time, divers from the Duisburg fire department searched the lake underwater. On land, Red Cross rescue dog teams from the cities of Krefeld, Wesel and Viersen supported the search.

At around 7:10 p.m. the child was found safe and sound in his home's courtyard. According to initial police findings, he had been hiding in various places on the farm during the search operation.

Following last week's identification of a German suspect in connection with the British girl’s disappearance, a father whose son also went missing on a beach in Portugal has come forward with a similar cold case.