Germany fears a wave of insolvencies | Germany | News and in-depth reporting from Berlin and beyond | DW | 10.09.2022

Germany fears a wave of insolvencies 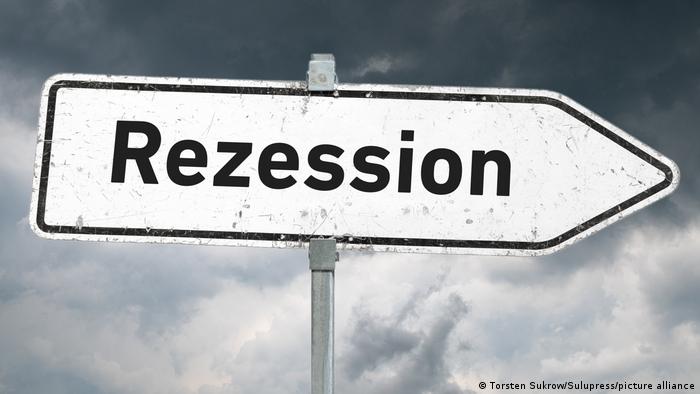 Germany may be heading into a recession

Bread, rolls, cakes and cupcakes — that's what the Plaz Bakery is famous for.

"We are a classic artisan bakery where products straight out of the oven are sold fresh at the counter in the front of the shop," said baker Tobias Plaz in Eutingen, a village near Stuttgart in southwestern Germany.

The family business was founded in 1890, and Plaz is a fourth-generation master baker. Just last year, he completely remodeled his store; now, customers can see through a glass window into the bakery in the back and watch the production while they wait to be served at the counter. 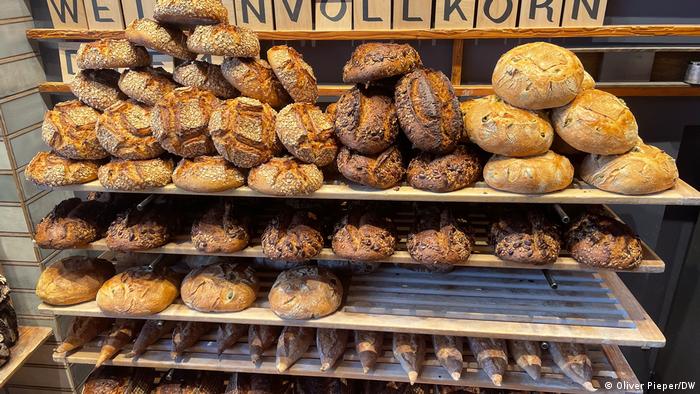 But right now, Plaz no longer knows whether he can stay in business. At the end of August, he received mail from his gas supplier. Instead of the previous €721 ($719) per month, he will now have to pay €2,588 for heating and hot water from October 1, 2022. That doesn't even include the costs for the baking oven. Plaz has a gas contract that secures delivery at the old price until the end of the year.

The baker posted his gas supplier's letter on Facebook and Instagram with the comment: "We want to share this with you so that you understand why we have to adjust the prices for our baked goods."

The price of electricity and the cost of raw materials will also rise, he writes, adding, "Where will it end? Dear politicians in Stuttgart and Berlin, when will you finally wake up and come to your senses?"

The baker's message seemed to go unheard. The relief package that the center-left federal government of Social Democrats (SPD), Greens and the business-oriented Free Democrats (FDP) announced just last week was aimed primarily at private households. Businesses feel left out in the cold, so many have lashed out at the government with scathing criticism.

Siegfried Russwurm, president of the Federation of German Industries (BDI), spoke of "considerable shortcomings and loopholes in the relief package."

The BDI conducted a survey of industrial companies. It shows that 58% of the companies describe the exploding energy costs as "a big challenge," and 34% said it was threatening their very existence. According to the BDI, almost one in 10 companies in Germany has already cut back or even suspended production. 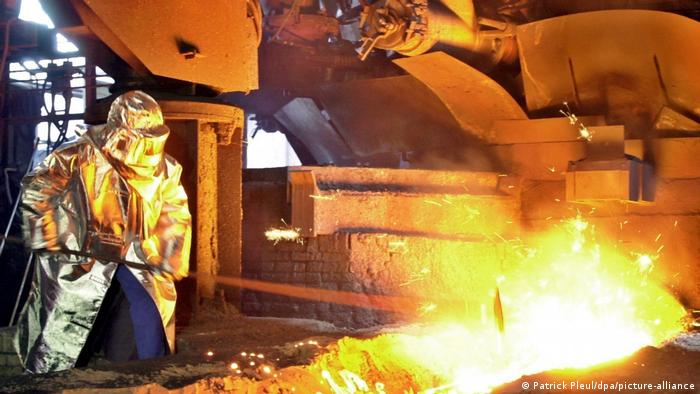 Who will pay the high prices?

This also applies to the skilled trades. "Every day, we receive emergency calls from businesses that are on the verge of shutting down production — partly because these enormous energy price increases can no longer be compensated for by price increases for the customers," warned Hans Peter Wollseifer, president of the German Confederation of Skilled Crafts, in an interview with several newspaper reporters. He warned that Germany may see more bankruptcies now than it did during the COVID-19 pandemic.

There are fresh examples every day: Toilet paper manufacturer Hakle has filed for insolvency, pointing to an increase in production costs which could not be absorbed by retail prices. The steel company Arcelor Mittal has shut down two production plants in northern Germany and put its employees on furlough, so the state unemployment insurance will step in and pay their wages. 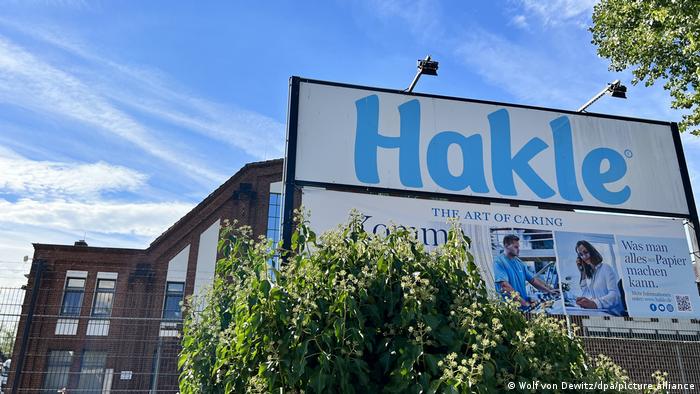 During the COVID pandemic, Germans were hoarding toilet paper. Now manufacturer Hakle has been forced into insolvency

If a company ceases production, this usually has far-reaching consequences for other sectors of the economy. A case in point is that of Stickstoffwerke Piesteritz in Saxony-Anhalt, which can no longer afford to operate its ammonia plants and has therefore shut them down. This has led to a shortage in "AdBlue," the urea solution that purifies exhaust gases emitted by diesel vehicles. If a vehicle runs out of the fluid, its engine won't restart until the AdBlue tank is refilled — so transport of goods may also grind to a halt.

Economists reckon that Germany is heading for a recession — a period of temporary economic decline during which trade and industrial activity are reduced, generally identified by a fall in GDP in two successive quarters — comparable to the economic collapse during the COVID pandemic. Business associations are unanimous in their demand that the German government should immediately initiate relief programs and find hardship solutions for the economy.

The German government has increasingly come under pressure. Just how much became clear this week when Economy Minister Robert Habeck, visibly exhausted, appeared during a TV interview on public broadcaster ZDF and was asked whether he feared a wave of insolvencies. In an obvious attempt to make the situation seem less dramatic, he spoke incoherently, leaving his audience wondering whether the minister understood what insolvency entails.

Two days later, speaking in the federal parliament, the Bundestag, he promised more support for the business sector. "We will protect small- and medium-sized companies," he said, announcing aid payments for the fall and winter, comparable to the assistance provided during the coronavirus pandemic. From October, companies that are forced to cut back production to save gas will begin to see financial compensation, Habeck said.

The financial assistance is planned for a limited time period to tide companies over until European efforts to curb high electricity and gas prices take effect, he added.

But will that be enough? Steffen Müller, a professor at the Leibniz Institute for Economic Research in Halle (IWH), said rising energy prices, as well as skyrocketing interest rates on loans, are not a temporary phenomenon but will remain in place for the medium and long term.

"In such a situation, short-term aid programs primarily postpone the problems for a few months — at the expense of the taxpayer," Müller wrote in response to a DW inquiry. "Measures that lower energy prices for a while are not sensible, as they take away incentives to save energy, and that's exactly what we can't afford."

It makes more sense, he believes, to provide low-interest loans specifically for the purpose of converting to energy-saving production processes.

"Energy prices will not fall back to the levels of recent years even after this winter. So we will see a structural change toward a greener industry that is being accelerated by the crisis," he said, pointing out that the state can help companies with this transition.

Will the energy crisis spell the end for German bakeries?

Skyrocketing prices for electricity, gas and grain are putting an existential burden on Germany's many bakeries. Only large chains and successful artisan bakeries are likely to survive, says one baker in Bonn.

Germany seeks way out of energy and inflation crisis