Germany is facing its biggest economic decline since the Second World War with Chancellor Angela Merkel's government saying Wednesday it expects Europe's largest economy to contract by 2.25 per cent this year. 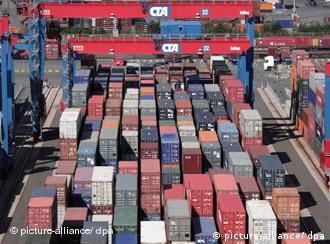 The German government has forecast that the country's economy will shrink by 2.25 percent this year. That would be the worst performance for Europe's biggest economy since the end of World War II. 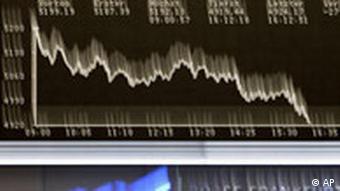 Across the board, the 2009 economic news is bad for Germany

Since then, German exports have declined precipitously and are expected to be down 8.9 percent for the year. The previous worst postwar annual economic performance was in 1975, when West Germany's gross domestic product in declined by 0.9 percent.

At same time, the Berlin government's annual economics report predicts rising unemployment as a result of the global economic slowdown. The number of people out of work is expected to climb by 500,000 to 3.5 million before the end of the year. That would push the German unemployment rate back up to 8.4 percent, according to the ministers' report.

Adding to the bad financial news, a Forsa Institute survey published on Wednesday revealed that a majority of Germans remain skeptical of Chancellor Angela Merkel's second 50-billion-euro ($66 billion) stimulus package. They feel that it will fail to help shield Europe's biggest economy from the negative effects of the global recession

Conducted for the weekly Stern magazine, the poll found that 69 percent of Germans fear that the program agreed upon last week by the coalition government will not help the country escape the effects of the rapidly expanding worldwide economic meltdown. 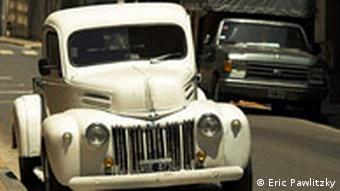 Only 26 percent of those responding felt confident that the stimulus package, which includes public spending on infrastructure projects, as well as a number of tax benefits, would help to shore up Germany's troubled economy.

In fact, 59 percent dismissed the government's plan to offer 2,500 euros ($3,200) as an incentive to car buyers who trade in older vehicles for more environmentally friendly automobiles. Only 11 percent said they would even consider accepting the offer.

On Monday, the European Commission had already announced its experts' opinion that the German economy would contract by 2.3 percent in 2009.

The three parties of Germany's grand coalition have agreed on a fresh round of stimulus measures worth billions to protect the weakening economy. But some already worry the package will not offer the help that's needed. (13.01.2009)

Germany is caught in the midst of a gloomy economic winter with the government attempting to hammer together a new stimulus package. Meanwhile a slew of fresh data suggests a deepening recession is taking hold. (09.01.2009)