Neuwied is a small town in western Germany where African elephant sightings are extremely seldom. But residents got lucky on Wednesday after Kenia the elephant escaped from a nearby visiting circus. 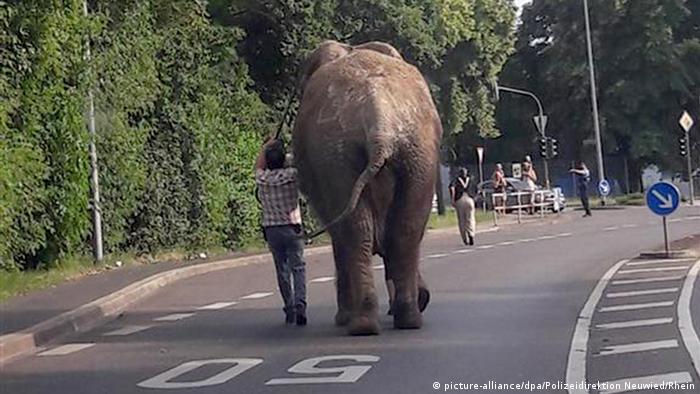 Police in the small town of Neuwied in western Germany responded to an unusual sighting on Wednesday.

"The police inspectorate received information … that an elephant had been sighted in the vicinity of Berggärten Street," police said in a statement.

Officers suspected the animal had escaped from a nearby visiting circus, which proved to be accurate after they spotted the elephant, a native of Africa that goes by the name of Kenia, along with its circus keepers near to the spot where it had first been sighted.

Some social media users posted videos appearing to show the said elephant sauntering down a residential street before entering a busy road.

After securing Kenia, the keepers brought the four-legged deserter back to the circus grounds. Officials were forced to halt traffic on one of the streets during the brief return.

Police said the unusual incident did not cause any damage or injuries.

Coronavirus digest: Ireland goes back into lockdown 4h ago

Trump to remove Sudan from US terror blacklist 9h ago