A dilapidated truck and trailer with two elephants and two horses on board has been stopped by police in Austria. The German driver was taking his cargo on a 1,000-kilometer trip to Budapest. 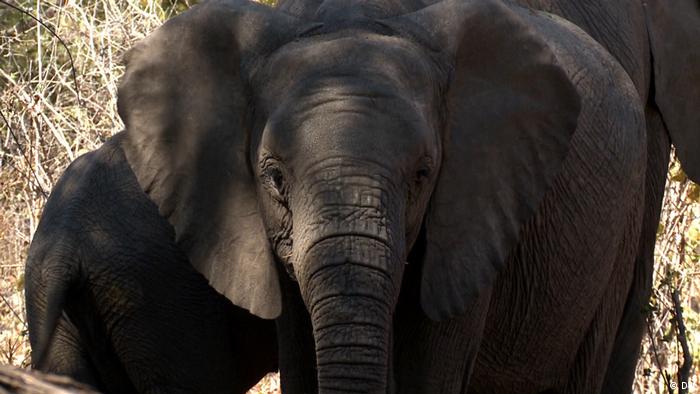 Austrian police pulled over a battered truck and trailer on a highway 60 kilometers (37 miles) south of Vienna on Friday, only to find two elephants and two horses on board.

Police discovered 11 serious technical faults on the vehicle after they stopped it, but the animals were found to be in good health by the vet who examined them. "The animals, especially the two elephants, are fine," a police spokesman said. "They survived the trip and are well."

The 25-year-old German driver had started out from Ravensburg, in Upper Swabia in southern Germany, on a 1,000-kilometer trip to Budapest.

Police stopped the truck with its trailer and took it off the road because of its poor condition, which included serious tire defects and rust damage to the trailer.

The owner of the truck and the driver are to appear in court on charges of driving and allowing a non-roadworthy vehicle to be on the road.

Austria is one of more than 20 countries with a full ban on the use of wild animals in circuses.

There are an estimated 1,200 elephants in zoos around the world — half of them in Europe.

Within the EU, Croatia, Cyprus, Greece, Malta and Slovenia have also implemented bans on the use of animals in circuses. Other EU states enforcing a partial ban include Belgium, the Netherlands, Poland, Portugal, Spain and Sweden. In Germany, there are local bans in more than 80 towns and cities.

In November, the Italian parliament adopted a ban on animals in circuses and traveling exhibitions.

The Republic of Ireland brought in a ban on the use of wild animals in circuses with a new regulation coming into force on January 1. Scotland is in the process of introducing similar legislation.

An international animal welfare charity has evacuated several animals stranded at a zoo in Aleppo. The animals had been neglected during the ongoing conflict in Syria. (29.07.2017)

Britain admits that animals have feelings, Italians get a pizza vending machine, researchers find regenerated forests as big as France and more positive news that you may have missed this week.