Germany: Dogs must be walked twice a day under new rule 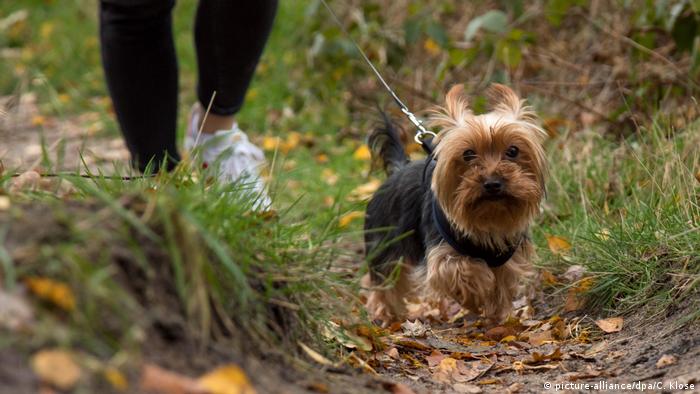 The German agriculture minister has announced she will introduce a controversial new law that will require dog owners to walk their canine friends at least twice a day, for a total of at least one hour.

The rules would also forbid owners from tying up dogs for long periods of time or leaving them alone all day. Around one in five German homes has a dog; over 9 million dogs are kept as pets in the country.

"Pets are not cuddly toys — and their needs have to be considered," Agriculture Minister Julia Klöckner said Monday. She said her ministry was acting in accordance with "new scientific research about dogs' needs."

Dog breeders will also be hit by new legislation: They will only be allowed to keep three female dogs with puppies at any one time. The minimum area and maximum temperature for dogs' living conditions will also be further regulated.

"Especially with the current extreme temperatures we have to ensure that we can save animals from avoidable suffering through the heat — and the same applies to transportation," Klöckner said.

"One rule for all dogs is probably well meant but unrealistic," Udo Kopernik, spokesman for the German Dog Association, told the German Bild newspaper.

Many dog-owners have pointed out that, while most dogs should certainly get at least an hour of exercise a day, factors like age, health and breed affect what is right for each animal.

The planned law, which has no set implementation date yet, would be enforced by the 16 German states.

It was not clear how the rule would be enforced.

Do all animals sleep?