The 9/11 attacks were led by a group of young men who met in Hamburg. Only one of them has ever been convicted: Mounir el-Motassadeq. He's now being sent to Morocco. DW traces his story.

Mounir el-Motassadeq was collected from his German jail cell, where he had spent almost 15 years, on Monday, ready for deportation to Morocco. His jail term for complicity in 246 counts of murder in the September 11, 2001 attacks and for membership of a terrorist organization was set to expire this November.

It seems a world away, but tracing 9/11 today takes us to Steindamm, a busy road in the center of Hamburg. On a blustery afternoon late this September, few people linger. The shops sell vegetables, kaftans, and flights to Mecca and Turkey.

At number 103, a Vietnamese restaurant serves pho and spring rolls. Many tables are empty, while a few customers eat a late lunch.

So far, so typical. But for a while, when number 103 housed a mosque, it was a notorious address. It was here that Mohammed Atta and his group of friends had prayed. The men of 9/11.

Hamburg authorities closed down that mosque eight years ago, saying it was a 'hub for radicalization'

For it was here, in this cosmopolitan city, that Atta and the men around him put into action the Al-Qaeda terror plan. 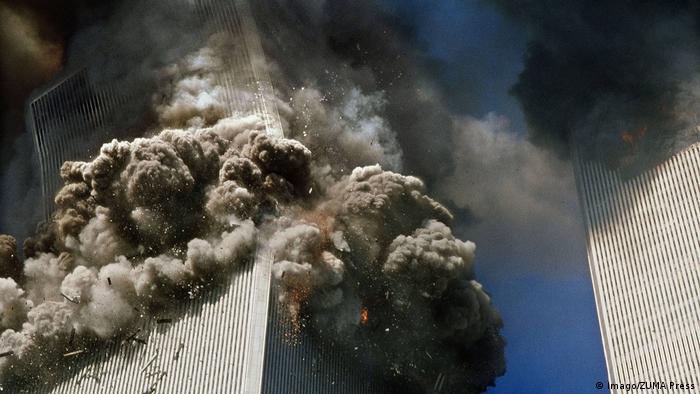 In the worst attacks on US soil, the south tower of the World Trade Center begins to collapse.

One of those men was Mounir el-Motassadeq. He was arrested two months after the planes hit the towers. He was the first to be indicted in connection with the 9/11 attacks.

It took more than five years of trials and appeals for Germany to convict him. Authorities sentenced him to 15 years for being an accessory in the murders of 246 people aboard the 9/11 planes and membership of a terrorist organization.

He handled bank transfers for members of the Hamburg cell and helped cover up their whereabouts. He also signed ringleader Atta's will.

Motassadeq never denied being friends with the hijackers. But he says he never knew about the 9/11 plans – and was never involved. His support for Atta and the cell, he claimed, was nothing more than favors for friends.

One of his former lawyers told DW that the case continued to haunt him. But he said this was not only due to the more than 3,000 who died on 9/11 — rather because he remained convinced that Motassadeq is innocent.

It was in the early 1990s when Mounir el-Motassadeq moved from Morocco to Germany, and ended up studying electrical engineering at university in Hamburg.

There he made friends with a group of other Muslim students, which coalesced around the ring-leader Atta.

People who knew Motassadeq told DW he was "a nice young man," "friendly," "polite" and "reserved."

Still serving his sentence in Hamburg's high-security Fuhlsbüttel prison, he did not respond to DW's requests for an interview.

But Irish author Anthony Summers interviewed Motassadeq for his and Robbyn Swan's book "The Eleventh Day: The Full Story of 9/11 and Osama Bin Laden." It was a finalist for the 2012 Pulitzer Prize. 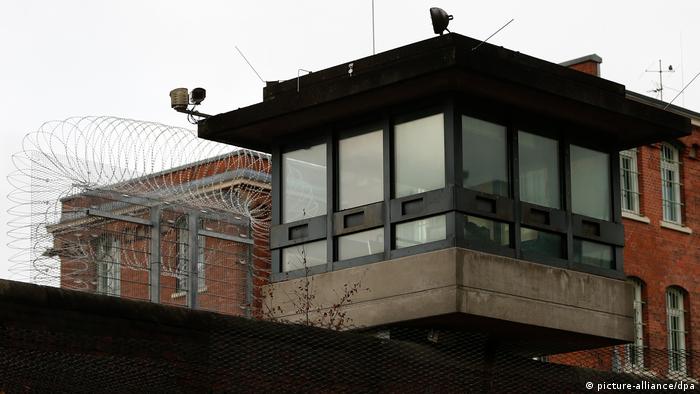 Motassadeq is said to be respected, revered even, by his fellow Muslim inmates.

Summers has given DW access to that 2009 prison interview. It has not been published until now.

In the transcript, Motassadeq is funny, joking with Summers and his translator that it was "fate" that he had come to Germany to study, and laughing at his first impression of Germany being cold — as he'd arrived in the winter.

Several sources have suggested Motassadeq was "devout," even "deeply religious" when he first moved to Germany.

But he told Summers he didn't see himself as "particularly strict."

Yet without his faith, he said, "someone like me would have killed themselves."

For people to go to a jihadi training camp, Motassadeq explained, was not against the law, and he wasn't the only one who went.

But he was adamant that he'd had nothing to do with 9/11. "I didn't even know they had gone to America," he says, referring to Atta and other Hamburg hijackers.

When he heard about the attacks, he said, "First I couldn't believe it. It was a shock, how could that happen? It just wasn't possible."

And then, seeing his friends' pictures on television, "was another, even bigger shock."

While he stressed there could be no justification for killing innocent people, he said he was unsure whether his former friends were really responsible for what they did.

"I cannot understand it. I don't know if they really, knowingly, did it out of conviction, or if someone was behind them. This is a question that needs to be answered."

He said his experience made him doubt everything, even whether Atta and the others did it.

"Because I know what has happened to me. The judges and prosecutors turned it all around, I know, I saw it, I experienced it, I am still experiencing it. I know how they can make truth into untruth and use tricks to bring an innocent man into prison."

Almost 10 years after that prison interview, it seems he remains unrepentant. A motion for early release filed by his lawyers in 2014 was denied on the grounds that he was still "too dangerous."

He had not, the authorities argued, publicly distanced himself from the attacks.

"He hasn't changed, he's still the same," Daniel Zerbin told DW. The criminal sciences professor has contacts within local security agencies – and has undertaken one of the most detailed academic studies of the Hamburg cell.

But now, with his prison sentence almost up, German authorities have decided to release Motassadeq - several weeks early - and deport him to Morocco. They're banning him from returning to Germany until April 2064 – when he'll be 90 years old.

"This measure will allow us to arrest him immediately should he set foot on German soil again," Frauke Köhler, a spokeswoman for the Federal Prosecutors Office, told DW.

A propaganda tool for al-Qaida?

But no one expects Motassadeq will try to return. It's thought his wife and their three children are in Morocco with his extended family.

Experts are divided on the danger he might pose when released: some maintain that today's generation of jihadis will greet his release with little more than a shrug, given that he was a minor figure in the Hamburg cell.

But some fear Motassadeq may prove a useful propaganda tool for Al Qaeda and other radical outfits.

Phil Gurski, a former strategic analyst in the Canadian intelligence community, told DW that he thinks even if Motassadeq lies low, he could still serve as a "very high-profile propaganda figure." Motassadeq is expected to stay in Morocco with his extended family.

"Al-Qaeda can point to him as someone who fought the good fight and in the end because of his good faith and his strong belief in what Al-Qaeda was trying to accomplish, he didn't break, he didn't give in to authorities, he didn't betray the other people in his cell."

It's anyone's guess what will happen to him in Morocco.

Gurski is convinced that the authorities there will keep close tabs on Motassadeq and most likely pass on any on him information to the Americans.

"I'd be very surprised if the US had no interest in him," he said.

"Whether or not they think they could get him out of Morocco legally or illegally and bring him back to the United States for any further punishment that's is an interesting question."

But back in Morocco, one of Motassadeq's brothers was more sanguine about his fate: "God has protected him for 15 years in prison and he will continue to protect him, because he is innocent."

*Siham Ouchtou contributed to this report

Kurdish fighters have said they took a German-Syrian man suspected of a having a role in the September 11 attacks into custody in Syria. After being a member of al-Qaida, he is thought to have joined the "Islamic State." (19.04.2018)