Germany's top court has rejected an application from a terror accomplice for early release from jail. Mounir el Motassadeq is serving a 15-year sentence after being convicted of aiding the September 11 hijackers. 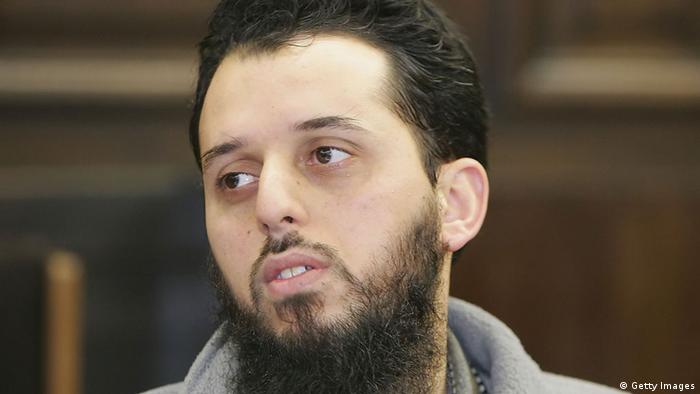 The Federal Court of Justice in Karlsruhe announced on Thursday that it had turned down the bid by Mounir el Motassadeq to be released early, saying he still posed a risk to Germany's security.

"The suspension of the enforcement of the criminal sentence on probation would not be responsible in light of the interests of the security of the general public," the court said in a statement posted on its website.

Motassadeq had applied for early release in January, after serving two thirds of his 15-year jail term. According to the court, early release is possible for someone convicted of terror-related crimes, but only if they can convince judges that they have sworn off their violent and criminal ways.

In the statement though, the court said this was not the case with Motassadeq, who continued to demonstrate an "Islamist-Jihadist attitude."

With Thursday's decision, the Karlsruhe-based supreme court confirmed an earlier ruling made by Hamburg court which had previously turned down Motassadeq's application.

Motassadeq was convicted in 2007 of being a member of a terrorist group and an accomplice to murder for providing assistance to the Hamburg-based hijackers who took down four planes in the September 11, 2001 attacks in the United States, in which more than 3,000 people died.

Unidentified remains of those killed in the September 2001 attack have been returned to the World Trade Center site in a solemn procession. A thousand victims have yet to be identified. (10.05.2014)

Ten years after the Al-Qaeda-organized terrorist attacks in Madrid, EU counter-terrorism coordinator Gilles De Kerchove tells Deutsche Welle that the terrorist threat for Europe is still there - but has changed. (11.03.2014)