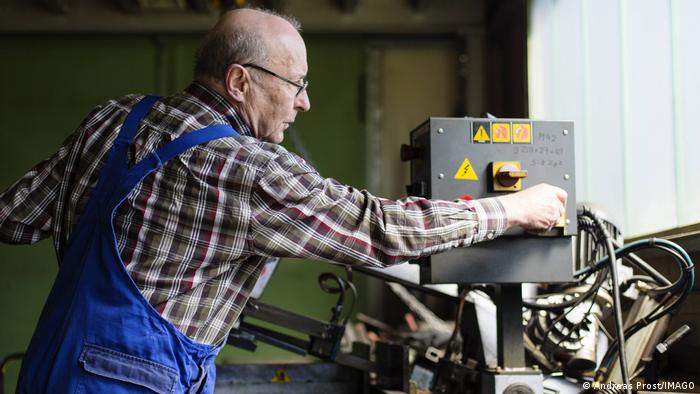 Germany is reporting a record number of job vacancies in the first quarter of this year the number jumped to an unprecedented 1.74 million open positions. That number was the highest since reunification 30 years ago.

At the same time, Germany also has a record shortage of young people. According to the Federal Statistics Office in July, only 10% of the population is aged between 15 and 24, compared to 20% over the age of 65.

The country's birth rate is too low to compensate for the age shift. This also means that the state pension pot is under severe pressure.

One proposed solution is to raise the retirement age to 70. The president of the Federation of German Employers' Associations in the Metal and Electrical Engineering Industries Stefan Wolf called for this move at the beginning of August. And at summer vacation time the proposal quickly got picked up by national media.

Currently, Germany is in the process of gradually raising its retirement age from the previous 65 to 67 for those born after 1967.

Economists have been warning since as far back as the 1980s that Germany's pension system is facing imminent collapse.

In response, then Labor Minister Norbert Blüm from the center-right Christian Democratic Union (CDU) famously vowed "The pensions are safe" back in 1986. But is the same true today?

In Germany, pensions are predominantly financed through a so-called "pay-as-you-go" system where the majority of Germans — excluding civil servants and the self-employed — pay into the state retirement fund that is used to finance pensions for those who are already retired.

Employees currently contribute just over 9% of their monthly income to the fund. This figure is matched by their employer.

But this type of system only works on the assumption that there are enough working people paying into the state retirement fund to be able to cover current pension payments.

This is where an aging population becomes a problem.

The current Labor Minister Hubertus Heil from the center-left Social Democrats (SPD) has already rejected the idea of raising the retirement age and dismissed the current discussions as a "phantom debate." 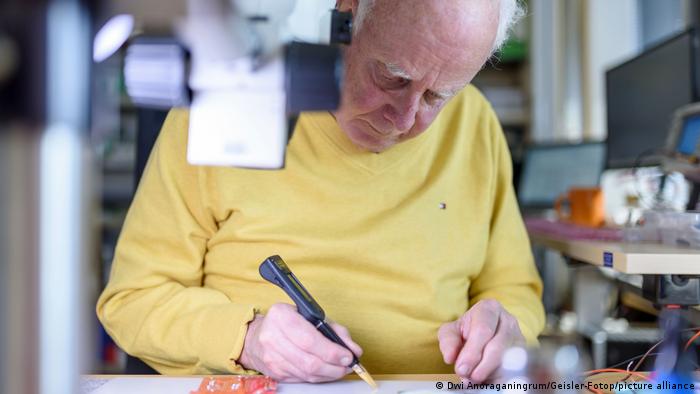 Many senior citizens have such low pensions, they already continue to work beyond retirement age

"Raising the retirement age is always a very unpopular measure. That's why it is postponed as much as possible by politicians. But I could imagine that in the mid-2030s when we are stuck in the midst of demographic change, something will happen," says Johannes Rausch of the Munich Center for the Economics of Aging.

Rausch predicts that sooner or later — most likely later — the age of retirement will rise to reflect increasing life expectancy. This way, there would still be enough contributors to finance the system for pensioners, meaning that the contribution rate would have to be raised less and higher pensions could be paid out.

Germany would not be alone in introducing such a measure. The OECD predicts that the average age of retirement for an average person in continual employment will rise to 66.1 years for men and 65.5 years for women.

In countries where the retirement age is already linked to life expectancy, including Denmark, Italy, and Estonia, it is already becoming apparent the age of retirement will rise significantly.

Johannes Geyer, deputy head of Public Economics at the German Institute for Economic Research (Deutsches Institut für Wirtschaftsforschung), believes that the quantitative effect of raising the retirement age will be nominal.

"It is a distributional question; who bears the cost of demographic change? Raising the retirement age puts a lot of pressure on the working population," Geyer says. "People with low life expectancy, and those with health problems, will suffer more; a relevant part of the population dies before reaching retirement age."

"We need migration. It's essential that we have enough people coming from abroad to work in Germany," Geyer says.

"The government is trying to make it easier for migrants' qualifications from abroad to be recognized in Germany. We're also seeing some improvements in the regulations for asylum seekers and those on 'tolerated status' to help legalize their status and recognize vocational degrees and qualifications obtained outside of Germany. This is still a problem." 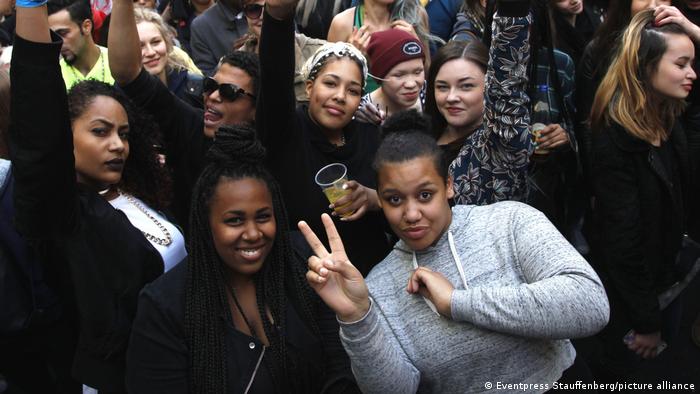 Targeting part-timers and the long-term unemployed

There are also domestic potentials Geyer points to: "We have a large sector of people working in so-called mini-jobs, so marginal employment, which is poorly paid but not subject to tax or social security contributions. If we could move these people into regular jobs, then this would also help the system."

Geyer also sees the potential to get more unemployed people into work, as well as help to rehabilitate those who have been forced to retire on disability pensions due to illness. This applies to millions of individuals but many of them are unable to work full-time for a variety of reasons — ranging from health issues to caregiving commitments for family members.

Geyer suggests that civil servants and the self-employed, who currently pay into separate pension pots, could also be brought into the general state retirement system.

And finally, he points to another much-touted solution: to extend the working week to 42 hours.

But here, Geyer is skeptical. "I think in many sectors 40 hours is kind of the maximum you can expect people to work," he says. "If you increase working hours you have to take into account that people are already exhausted and those additional hours will add to this exhaustion and could have a negative impact on health."

Geyer believes people in work can expect to see a rise in contribution rates to the pension pot. He predicts a rise from the current 18.6% to well above 20% by 2025.

"Currently we have rather low [pension] contribution rates. Ten years ago nobody would have expected them to still be below 19%," Geyer says.

"Before the war [in Ukraine] and the increase in inflation I would have said we can afford to increase contribution rates, but given the high inflation, that will trigger a rather heated debate."

For now, Germany may still be taking its time to find a solution. But the likelihood is that demographic change will eventually force the country to act.

Germany on the hunt for labor

Retirement might seem like an old person's topic, but it's definitely a young person's problem. Germany’s retirement fund faces an unprecedented shortfall. Will there be anything left for the young?

The German government has approved the biggest pension hike the country has seen for decades. However, with inflation predicted to rocket, the news has not been greeted as enthusiastically as Berlin might have hoped.

Universal Inheritance: Would €20k at 18 help to reset inequality?

The poorer half of Germany's population inherits little to no wealth. A proposal by a Berlin think tank would give a lump sum to young people for education, homeownership or starting a business.