Germany debates proposed ban on fracking | Germany | News and in-depth reporting from Berlin and beyond | DW | 07.07.2014

The government wants to largely ban 'fracking.' But the policy drafted by the economics and the environment ministries are not strict enough for the opposition. The draft law will be ready after the summer break. 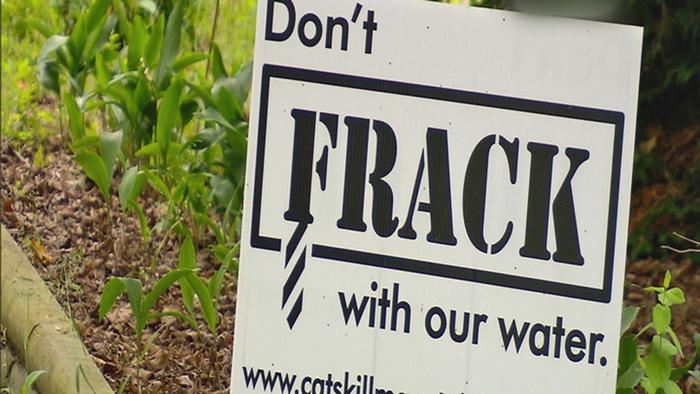 Economics Minister Sigmar Gabriel and Environment Minister Barbara Hendricks want to legally regulate fracking as soon as possible. Fracking splits rocks at a depth of 1000 - 5000 meters through hydraulic pressure. During the process, a liquid mixture of water, sand and chemicals is pressed into the ground. Cracks appear in the rocks, releasing gas which is then brought to the surface through casing pipes.

The US is using this method on a large scale to exploit shale gas. The country is experiencing a veritable gas boom, but it has to live with the risks of polluting the ground and drinking water as well as increasing earthquakes. Estimates about the potential untapped gas reserves under Germany's surface vary a lot. The Federal Environment Agency is estimating 1.3 trillion cubic meters, while the Federal Institute for Geosciences and Natural Resources is estimating 2.3 trillion cubic meters. With this amount Germany's gas supplies would be covered for 13 to 27 years.

A wide-ranging ban is planned

Hendricks and Gabriel, ministers from the left-leaning Social Democrats, don't want to take any risks. "There won't be fracking of shale-gas and coal gas for economic reasons in the foreseeable future," says a policy paper, which they recently published together. On Friday afternoon, Hendricks emphasized that these would be the strictest rules that have ever existed in the area of fracking. 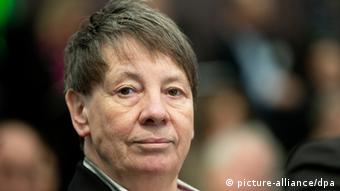 But upon closer examination, the rules have some major loopholes. Although the proposed policy has the protection of public health and drinking water as its highest priority, the fracking ban only applies at a depth shallower than 3000 meters. Additionally, the testing of technology is permitted if the fracking liquid won't endanger the groundwater.

First the law will apply until 2021 and then "the appropriateness of the ban will be reviewed." Fracking for so-called tight gas, which is found in low porosity silt or sand areas, is also permitted. Germany has been extracting tight gas since the 1960s.

The opposition is protesting

The Green Party has reacted to the key issue paper with strong criticism. The chairman of the Greens' parliamentary group, Oliver Krischer, has called it a "fracking enabling law." His party is expecting "a regulation which does not allowing fracking in Germany and without loop holes that are as big as barn door." 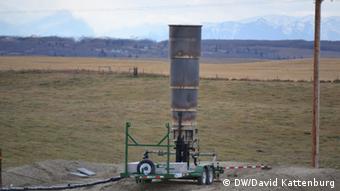 Some forms of fracking are already carried out in Germany

"Fracking must be banned in Germany without any exceptions," said Hubertus Zdebel from the Left party. He's a member of the parliamentarian committee for environment, conservation, construction and reactor safety.

To say that there is a fracking ban in the paper is "window dressing," Zdebel said. "They want to enforce a regulation which mostly allows fracking under the guise of an alleged ban,” he continued. The planned restrictions would still allow the exploitation of half of all unconventional gas deposits in Germany, the Left party politician said, citing estimates from the Federal Institute for Geosciences and Natural Resources.

Zdebel went on to say that the risks which are associated with fracking cannot be ruled out despite the planned restrictions. There remains an information deficit on the potential environmental impact of fracking and there are major risks, like uncontrolled methane gas emissions, the Left party politician said.

The industry is hoping 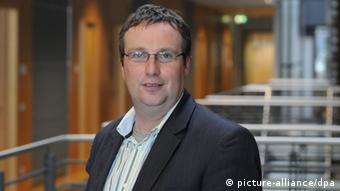 However, the Federation of German Industries (BDI) is hoping that pilot projects will prove that fracking is possible without substantial damage to the environment.

"At the moment, we don't know everything about deposits and the extraction process. But knowledge won't be gained by waiting and bans. I'm convinced that we now need responsible pilot projects,” wrote BDI President Ulrich Grillo in a guest article for the "Rheinische Post" newspaper. "It's about time that politics gives technological progress in a responsible framework a chance. Pilot projects, accompanied by both science and the public, will deliver new knowledge and the basis for a clever and final decision."

The Environment Ministry and the Economics Ministry will work on a draft law during the summer months. They plan to present the needed changes in the water resources act and the mining law to the Cabinet in autumn. The draft law will then go to the parliament, where it will be discussed in the responsible committees.

It can be expected that the draft law will be heavily discussed in the coming weeks and months. Brewers, mineral water producers, and water suppliers will oppose a lax regulation. Hannelore Kraft (SPD), premier of North Rhine-Westphalia, recently pointed out: “As long as I'm premier of North Rhine-Westphalia, there won't be fracking of unconventional natural gas production.”

Diana Daunheimer still finds it hard to believe that big mining companies have started fracking practically in her backyard. The Canadian vegetable grower sees a court case as her only way out. (06.02.2014)