Police in the German state of Hesse have been piecing together the actions of a nine-year-old who went on a door-to-door spree to give cash to householders. The boy was apparently giving away his parents' savings. 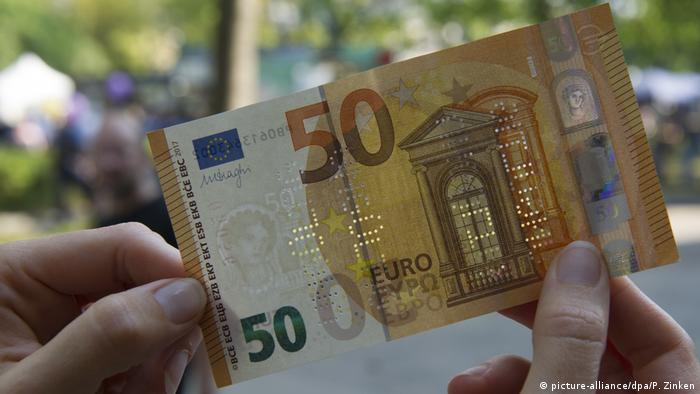 Officers were told that a boy was headed from house-to-house in the German spa town of Bad Vilbel, handing out 50-euro ($57) banknotes to neighbors.

The nine-year-old had rung the doorbells of several homes in the town near Frankfurt, police said on Saturday. He offered a note to each of those who opened up.

The youngster from the nearby village of Massenheim had apparently told householders that he had spotted the note on their property. Some took the note, and also gave the boy a smaller amount of money as a reward.

However, one resident became suspicious and called the police.

A police spokeswoman said the boy had been carrying a bag containing some 2,700 euros in total — all of his parents' savings. The boy had not wanted to say where the money was from. However, officers tracked down his parents who found that their savings were missing.

Some 260 euros was missing, meaning the boy had apparently been successful in at least five cases of trying to give the cash away.

Police said they were still unsure about why the boy had been handing out the money, which he had found in a suitcase.

Police appealed for residents to return any cash they had accepted from the boy. "Of course, the family would be happy to get their savings back."

The regional Frankfurter Rundschau newspaper reported on Monday that the missing money had still not been recovered.