Citizens in the German capital will be able to enjoy the nightlife later than previously thought after a court overturned a curfew designed to curb the coronavirus. Alcohol will remain off the late-night menu, though. 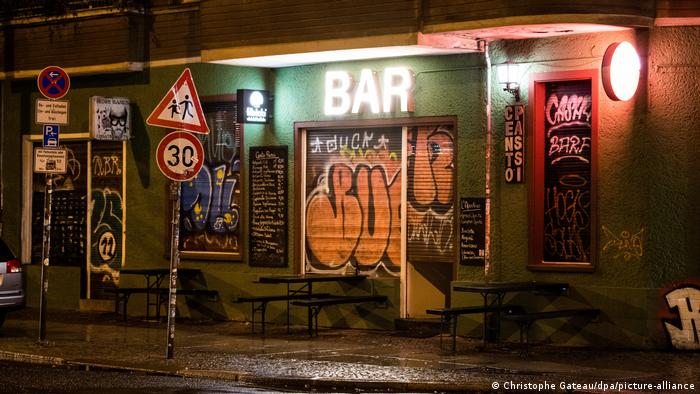 A Berlin court on Friday suspended the late-night curfew imposed on bars and restaurants in the German capital, though it may only be a temporary reprieve as the local government has appealed the ruling.

The restriction was put in place by the authorities in an effort to stymie the spread of the coronavirus but that has now been overturned, following in the footsteps of other German regions, such as the states of Baden-Württemberg, Saxony, Lower Saxony and Saarland, which have also reversed late night bans.

Berlin had imposed the 11:00 p.m. to 6:00 a.m. restriction a week ago but a spokesman for the administrative court said: "The curfew has been suspended for the time being as the court considers it disproportionate in view of other measures taken to fight the pandemic."

The ban on selling alcohol after 11:00 p.m. still applies.

The court said there was insufficient evidence that bars and restaurants that stick to the existing rules on mask-wearing and social distancing contribute to increasing infection rates.

The decision to put a temporary halt to the curfew was in response to legal action brought by 11 restaurant owners who contested the restrictive measure.

Berlin's local government, meanwhile, has responded to the ruling by issuing an immediate appeal to the Berlin-Brandenburg higher administrative court.

Several other German cities, including Frankfurt, have also imposed curfews on bars and restaurants. Germany's state premiers agreed with Chancellor Angela Merkel this week that such measures should be introduced as soon as infection rates in any area exceed 50 per 100,000 residents over a week-long period.

Merkel warned Germany was "already in a phase of exponential growth" and so new rules were brought in regarding the wearing of face masks and on how many people can meet in social circles, as well as closing late-night establishments.