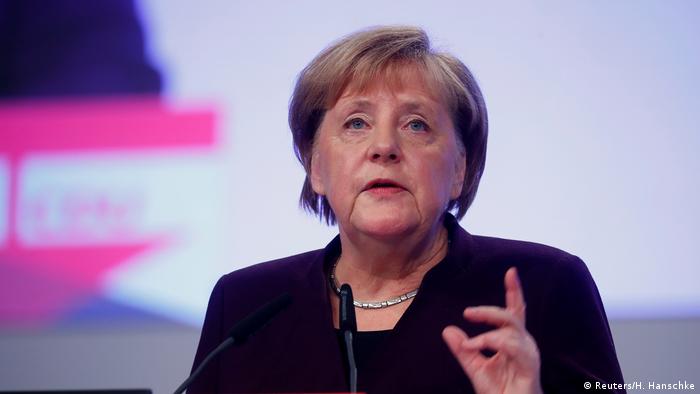 German Chancellor Angela Merkel became the country's second-longest-serving chancellor on Sunday, as she reached the 5,143-day mark. That number of days matches that of Germany's first chancellor, Konrad Adenauer, who led Germany from 1949-1963 under the same party as Merkel, the Christian Democratic Union (CDU).

Read more:What you need to know about Angela Merkel's CDU

In order to exceed the number of days that Helmut Kohl, the longest-serving-chancellor, was in office, she would have to remain in her post for another 726 days, or until December 17, 2021. However, reaching that mark is unlikely for Merkel, who has already declared that she will not seek another term in office.

Kohl, also known as the "Chancellor of Unity" for his leadership during the end of the Cold War and German reunification, headed the government from 1982 to 1998, or for exactly 5,869 days.

Despite Merkel's decision not to run again, she could still potentially earn the longest-serving title; the next German elections are set for October 24, 2021 and forming a new government after national elections often takes several months.

Merkel, who Time Magazine once dubbed the "Chancellor of the Free World", and who topped the Forbes list of the "World's Most Powerful Women" in 2018, has served as federal chancellor since November 22, 2005. Along the way, she played a central role in tackling the European and global financial crisis in 2007-2008 and has helped implement major reforms and policies on healthcare, energy management and migration.

Her Forbes profile describes some of her achievements as pushing through a later retirement age, putting more women in senior government posts and raising payments to new parents.

Merkel earned her PhD. in quantum chemistry in 1986 in the former East Germany at the Academy of Sciences in East Berlin, and has received 17 honorary degrees throughout her time in office, from universities including Harvard and Leipzig University. She has also received foreign honors from several countries including the United States, Saudi Arabia, Austria and Israel.

Questions over the chancellor's health hit headlines earlier this year, when she was filmed shaking at public events on multiple occasions.

While she has not named a successor to take up her post, political analysts widely believe that Annegret Kramp-Karrenbauer is the most likely to step into Merkel's role.

Kramp-Karrenbauer, sometimes referred to as AKK, is Germany's current Minister of Defence and the Chairwoman of the CDU. The traditionally popular CDU, and its Bavarian sister party the Christian Social Union, recently lost some support in regional polls, calling the future of the leading party into question.

All three longest-serving German leaders have been from the conservative CDU.