Amazon workers in Germany are engaging in a four-day strike following a call from trade union Verdi. The company has been frequently criticized for its wages and working conditions. 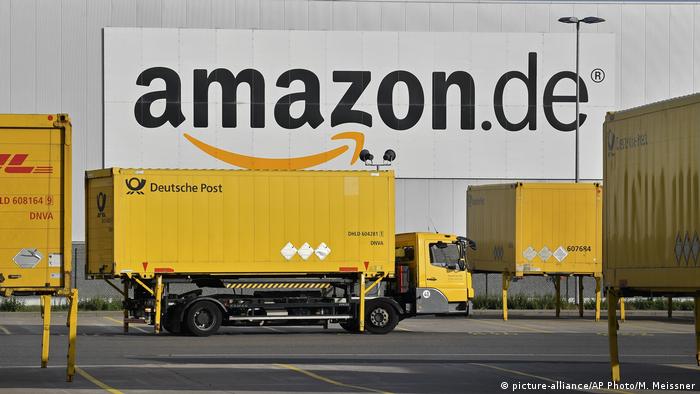 Why does the union want higher wages for Amazon workers?

"Amazon is making a mint in the coronavirus crisis. For this reason alone, wage evasion must be stopped there," Verdi representative Orhan Akman said. Amazon's profits have skyrocketed during the coronavirus pandemic, as consumers turn to online shopping at home instead of going out to brick-and-mortar retailers.

Akman has accused Amazon of not adhering to social distancing guidelines which are intended to keep employees safe from infection. The company has rejected the accusation, and said it has taken additional measures to protect workers.

Amazon locations in Germany have been targeted by union-led strikes since 2013. Amazon workers in Italy organized a strike last week, with labor representatives calling on the company to share its profits with workers.

What are Amazon's operations in Germany?

The strike comes after the company announced Friday it would hire 5,000 new employees in Germany this year. This will increase Amazon's workforce in Europe's largest economy from 23,000 to 28,000 employees.

Germany is Amazon's second-biggest market behind the United States, where the company is headquartered. The e-commerce giant was founded in 1994 by Seattle-based entrepreneur Jeff Bezos, who has now become the world's richest person, according to US business magazine Forbes.

In addition to strikes in Germany and Italy, Amazon is also dealing with a possible backlash from workers in the United States.

Amazon workers in a Bessemer, Alabama warehouse will finish voting Monday on whether to unionize. The results will determine whether Bessemer workers will establish the first US labor union in Amazon's 27-year-long history.