Six people were seriously injured when part of a large tree fell on an audience during a music event in northern Germany. The tumbling branch forced the cancelation of the 1990s retro party. 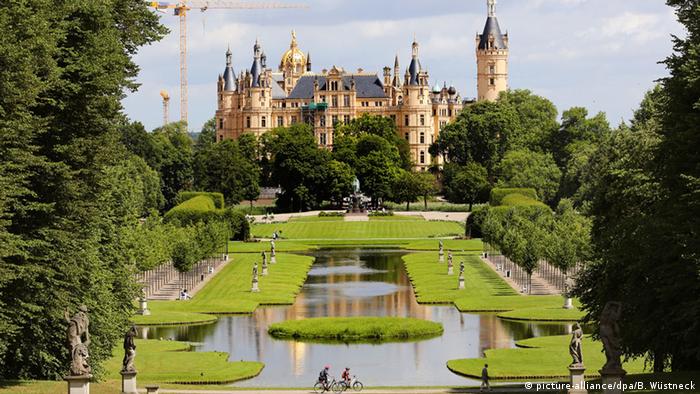 A falling branch injured dozens of people at an open-air music event in the northern German city of Schwerin on Saturday evening.

A police spokesperson said the 18-meter (59-foot) bough from a century-old beech tree crashed without warning onto the roof of a beer stand during a 1990s revival night.

Twenty-nine people were hurt, six seriously. The regional newspaper Ostsee-Zeitung said two of those most seriously injured had to be operated on immediately in the hospital.

The incident happened during the open-air concert in the grounds of Schwerin Palace, a former residence of regional dukes and grand dukes. Some 5,000 people were in attendance.

The injured were taken to nearby hospitals and the event, which was due to feature performances from German bands Milli Vanilli and Captain Jack, was canceled.

The reason for the branch falling was initially unclear. The police said there were no strong winds in the area at the time.

A reporter for the Ostsee-Zeitung said the fallen branch looked "quite rotten."

Schwerin Palace is now the home of the regional parliament of the state of Mecklenburg-Western Pomerania.

In the 19th century, the grand dukes of Mecklenburg-Vorpommern built this splendid residence. The picturesque island location ensures that it remains the foremost landmark of Schwerin, known as the "city of seven lakes." (01.02.2016)

The fire engulfed parts of the former Lübtheen military training ground, which is littered with old munitions. The largest wildfire in Mecklenburg-Western Pomerania's history has been brought under control. (03.07.2019)