Some 5 million people in the EU's richest country lack the money for a nutritious meal every other day, according to new reports. And a third of people in Germany would struggle to pay unexpected expenses. 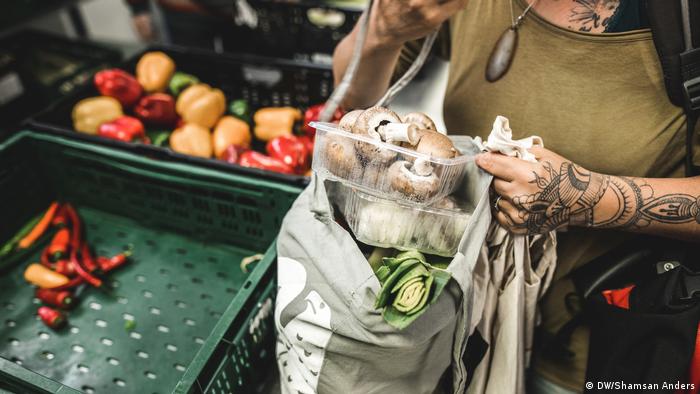 In a response to a parliamentary inquiry from the Left party, the Federal Statistics Office also reported that almost a third of unemployed persons in Germany are unable to regularly eat a nutritious meal.

The data is based on respondents' self-assessments in a 2017 EU survey on income, social inclusion and living conditions.

The same survey found that around a third of Germans over the age of 16 — roughly 21 million, or 30.4 percent — are not in the position to afford an unexpected expense of €1,000 ($1,140), such as paying for car repairs or a new washing machine.

The percentage of unemployed Germans who couldn't pay an unexpected cost of that amount was 80 percent.

"Poverty is not a marginal phenomenon in Germany, but runs throughout the population," Left party social policy spokesperson Sabine Zimmermann told the Neue Osnabrücker Zeitung newspaper, which first reported the figures.

To solve the problem, the government needed to increase the minimum wage from €9.19 ($10.49) to €12 an hour, abolish "systematic" low-wage employment and end sanctions against people who claim unemployment benefit, she said.

Unemployment is at a historic low in Germany, but millions of people aren't earning enough to pay their bills or adequately heat their homes. The latest EU figures show poverty poses a greater risk to women. (31.10.2018)

The average number of job seekers in Germany was lower in 2018 than at any time since reunification in 1991, the Federal Labor Agency has said. Welfare numbers have also dropped, though the system is still controversial. (04.01.2019)