German woman and baby kidnapped in Syria are freed

A woman who gave birth while reportedly being held captive by Islamist fighters in Syria has been freed, the foreign ministry says. It is unclear whether the woman is a freelance journalist who disappeared last October. 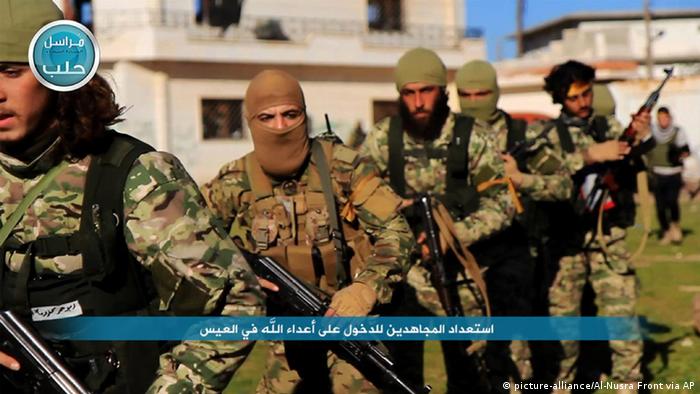 The mother and child are in good condition following their release on Wednesday, the ministry said in a statement.

It added that the pair, who were not identified, were safely under the care of German consular officials in Turkey.

"The German citizen and her child are doing well, under the circumstances," a spokesperson for the foreign ministry told the German news agency dpa.

The spokesperson said a unit of the federal government had "made considerable efforts to solve the case."

Embassy officials were helping the woman and toddler to prepare to return to Germany.

German daily "Bild" identified the woman as Janina F, a freelance journalist, who worked for the "Süddeutsche Zeitung" newspaper and broadcaster "NDR."

In a report on her disappearance in February, "Focus" magazine described how the 27-year-old had been kidnapped in October 2015 by the al-Nusra Front militant group, and gave birth to her son in December.

The militants allegedly demanded 5 million euros in ransom. It is unclear if any money was paid.

The German government's policy is to not pay ransoms for hostages.

The woman's disappearance was not made public, under foreign ministry guidance.

Media rights groups have said that more and more journalists are being kidnapped or attacked while working in conflict zones.

An alliance of Kurdish and Arab forces has liberated the city of Manbij from the "Islamic State" militant group. But as fighters fled the city, some reportedly used hundreds of kidnapped civilians as "human shields." (12.08.2016)

US journalist 'freed' by Syrian kidnappers

A US journalist held captive by militants in Syria has reportedly been freed. The release of Peter Theo Curtis was arranged through Qatari mediation. (24.08.2014)

Two Italian aid workers kidnapped last year in northern Syria have arrived back in Rome, a day after their release. Rome has opened an investigation into their abduction. (16.01.2015)

After 10 months in captivity in Syria, Antonio Pampliega, Jose Manuel Lopez and Angel Sastre safely returned to Madrid. The three Spanish journalists went missing while working in the northern city of Aleppo. (08.05.2016)