German village rescues historical church - by moving it | Germany | News and in-depth reporting from Berlin and beyond | DW | 04.11.2020 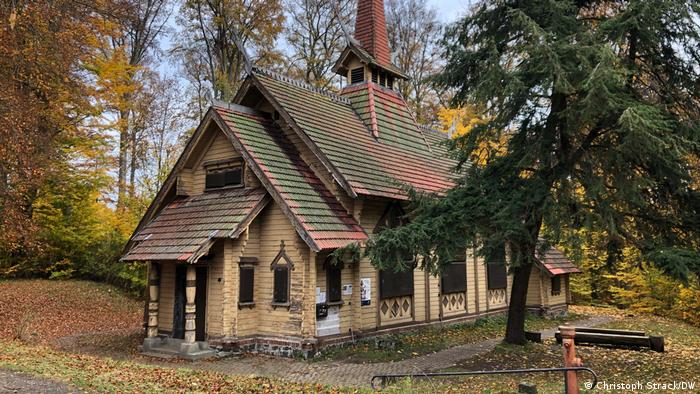 In the small German village of Stiege, builders are about to begin digging for the town's new chapel.

"This will be something really special for the entire region," says Regina Bierwisch, spokeswoman for the Stiege Stave Church Association. The new chapel will, in fact, be an old one.

A few kilometers from Stiege, in a forest, next to some ruins, stands one of the most beautiful stave churches in Germany. Stave churches are wooden buildings with roofs that rest on load-bearing wooden columns or staves. While they are a common sight in Scandinavia, they are rare in Germany.

The roof of the church is rotten, thick metal sheets protect the windows from vandalism. A coarse steel door blocks the entrance. But in a year's time, the wooden building will shine with new splendor in Stiege's town center, right by the train station. 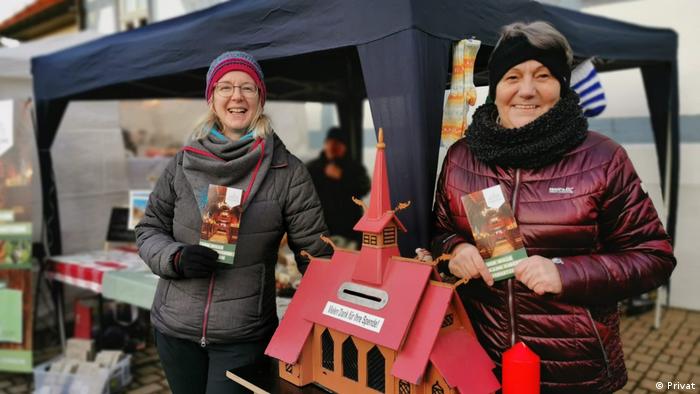 This stave church in the highland region of the Harz mountain range in the state of Saxony-Anhalt in central Germany was built 115 years ago. Its inauguration was attended by Prince Albert of Prussia. It was built as part of the "Albert House," a sanatorium for patients with lung diseases which was cutting-edge at the time.

The location was not accidental: The large complex was built in the remote forest for those with pulmonary tuberculosis so they would not infect others.

The complex continued to serve patients with lung diseases after the Prussian Empire fell. Then after World War II in what became East Germany, or the German Democratic Republic (GDR), it was turned into a specialized hospital and later, from 1991 to 1993, a rehabilitation clinic, before finally closing.

In the new millennium, plans for a spa hotel fell through. The building fell into decay and disrepair before a major fire ripped through the complex in 2013 — but the small wooden church was spared. 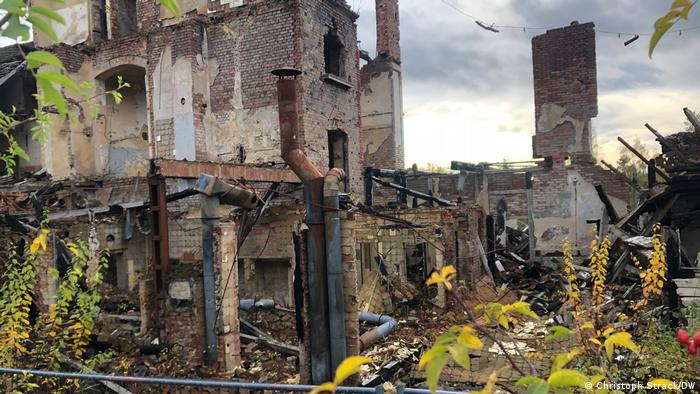 The 'Albert House' next to the small wooden church, was destroyed by fire

Since 2011, conservation work has been underway and Regina Bierwisch and others became active in preserving the church. "The building is something special. It must be preserved and it must be used," says the retired teacher. Bierwisch says she is particularly interested in the cultural and historical significance of the chapel. "I am not a member of the church. But it's good that I can still advocate for such a sacred building."

In 2014, some locals founded a support group to conserve the building, the association then acquired the timber construction and was assigned a plot of land where it could be moved.

'They laughed at first'

People from all walks of life, believers and non-believers alike, were involved in the project. When the interior of the stave church was cleared out in mid-October, 30 volunteers showed up.

Karsten Höpting, the pastor for Stiege and the neighboring villages, says that was "very remarkable." 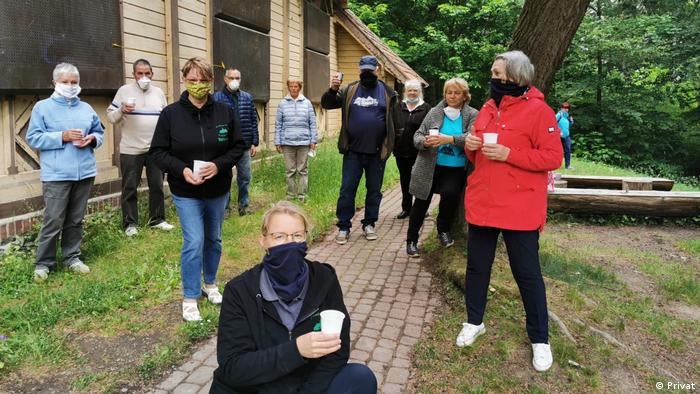 Many volunteers showed up to help with the project

But Höping is also aware there are concerns in the long-established Protestant community of Stiege, which has its own church, right next to the small castle in the center of the village. He hopes there will not be any competition and that the old stave church could become an attractive wedding church and tourist highlight.

Ronald Fiebelkorn, center-right Christian Democrat mayor of Oberharz am Bracken, told DW that he was impressed by the commitment of the helpers at Stiege.

"In their spare time, people are making an effort to preserve cultural heritage like this," he says. He believes that it has definitely strengthened the village community. Fiebelkorn remembers with a smile how he and some members of the support association presented the idea and concept to the state government of Saxony Anhalt and asked for financial help.

"At first they just laughed at us in [state capital] Magdeburg," he says.

But nobody is laughing anymore. The association organized subsidies from many sides in order to raise €1.1 million ($1.3 million) for the church's renovation. Among the sponsors are the German government's culture commission, the Braunschweig culture foundation, a local Harz bank, the state of Saxony Anhalt, and the German foundation for monument protection.

In Germany, many church buildings have been abandoned for years. Congregations are shrinking and church buildings are desecrated or done up: sometimes by the wrecking ball, sometimes by conversion into another type of building. The people of Stiege are unusual in their battle to save the stave church.

The nearby town of Hahnenklee is the location of the largest stave church in Germany. The building is slightly different and has a more art nouveau style — and this has made the church a visitor attraction. Hardly any other church in the region records higher visitor numbers.

This is why association member Bierwisch is confident the historic church will help boost tourism, encouraging passengers from the Harz railway to disembark.

In early spring 2021, the wooden structure at the back of the forest will be dismantled and brought to the village. In the course of the summer, the interior will be refurbished and restored.

Bierwisch is confident that the "translocation" will be a success. On the way from the railroad station to the construction site, there is a well-kept elongated wooden house.

A sign above the entrance says "Stiege bowling alley." This hall, Bierwisch mentions casually in passing, was once part of the lung sanatorium six kilometers to the south — before it was also "imported" here.