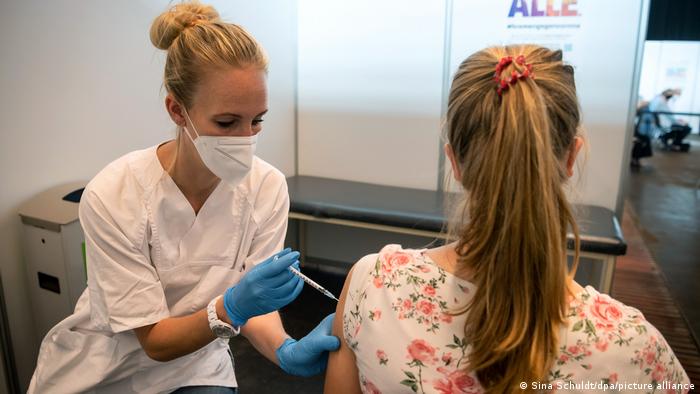 Germany's Standing Committee on Vaccination (STIKO) suggested on Thursday that all children between the ages of 12 and 17 be given a COVID-19 booster shot.

Though the proposal has to clear several bureaucratic hurdles before it becomes an official recommendation, Health Minister Karl Lauterbach has already told parents to organize boosters for their children and not wait until the declaration is rubber-stamped.

Teens will be given an "age-appropriate dose...three months or more" after their last jab, according to the Robert Koch Institute, Germany's infectious disease health agency.

The recommendation also stipulates that this age group should only be given the BioNTech-Pfizer vaccine.

As Europe buckles under the weight of the omicron surge, Germany is seeing increasing infections among young people and school teachers after many pupils across the country returned to in-person learning last fall.

STIKO is an independent expert committee created by the RKI in 1972.