The number of people out of work in Germany rose in July, ending nine consecutive months of falls. Still, the jobless rate remains at its lowest level since German reunification in 1990. 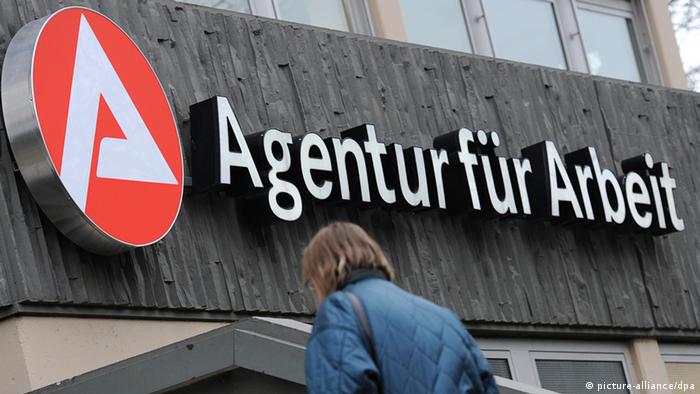 There were roughly 2.8 million people registered as unemployed in July, the German Federal Labor Agency said on Thursday. The new figures marked an uptick of 61,000 over the previous month, but compared to one year ago there were 99,000 fewer people without a job.

The latest data put the jobless rate at 6.3 percent, up from 6.2 percent in June.

Graduating students signing on for benefits and trainees seeking jobs were the reason behind the rise in unemployment, said Frank-Juergen Weise, head of the Federal Labor Agency.

"Overall, the labour market is in good shape," Weise said.

There are more than 5 million unemployed young people in the EU. German companies have launched an initiative to change that. And with good reason, reports DW's Sabine Kinkartz. (22.07.2015)

German industrialists have again called for the faster inclusion of asylum-seekers into training and jobs in Germany. Their appeal precedes a meeting next Thursday of federal and regional officials to review refugee policy. (15.06.2015)

The jobless rate in France jumped to a fresh record high in April, in a blow to President Francois Hollande, who has pledged not to seek a second term in office if he fails to reverse the increase in unemployment. (01.06.2015)

Seasonally adjusted unemployment rose by 9,000 in July, whereas economists surveyed by the news agency dpa-AFX had expected the number to fall by 5,000. The July increase brought to an end nine consecutive monthly falls.

Refugees "a challenge," not a burden

Some analysts expect the recent boom in the German labor market to weaken in the months ahead.

"It will continue to get better, but more slowly," said Michael Holstein, an economist at DZ-Bank.

Other economists expect a slight rise in unemployment in the course of this year, but most see stagnating unemployment figures.

The growing influx of refugees in Germany poses "no doubt a challenge," said labor office head Weise, but he added that it would not overburden the German labor market.

In its outlook for 2015, the Labor Agency expects an average of 2.79 million unemployed, improvement of 100,000 compared to previous outlooks, according to Weise.

Germany's labor market contrasts starkly with those in some southern European countries. In Greece and Spain, for instance, unemployment rates have been hovering well over 20 percent for years.

Even in neighboring France, where new figures were published this week, the unemployment rate is about twice as high as in Germany.