German and Turkish police have carried out coordinated raids against a human trafficking ring that used unseaworthy ships to smuggle migrants to Europe. Fifteen people were arrested. 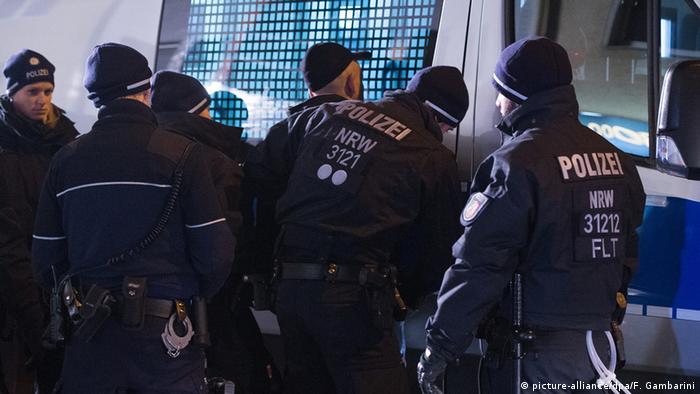 The illegal traffickers allegedly used three scrap cargo ships to send over 1,700 paying migrants across the sea on a dangerous trip to Europe, Turkish and German police chiefs said at a press conference in Potsdam.

German authorities spoke of criminals who were willing to endanger refugees "simply to make money," estimated at up to $6,000 (5,500 euros) per passenger.

In what German authorities called an especially "perfidious case," the autopilot of a ship was programmed to reach the Italian mainland and the crew left the vessel with little care for passengers' fate.

The EU is looking to Turkey to clamp down on human traffickers facilitating the dangerous passage of migrants across the sea as the bloc struggles to handle a massive influx of asylum seekers.

More than 1,100 people were arrested in Turkey last year related illegal human trafficking and 17 ghostboats were seized, according to Turkish authoriites