German Transport Union Brands Bridge to Denmark a ″Job Killer″ | Europe| News and current affairs from around the continent | DW | 05.03.2007

A planned bridge between Germany and Denmark, which is at the center of a tussle over funding, could also cost 2,000 German jobs, Wolfgang Zell, leader of German railways trade union Transnet, said last week in Berlin. 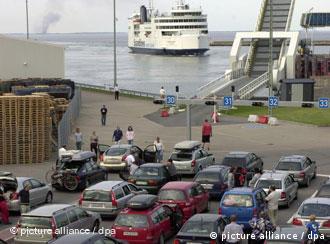 The workforce running the ferry would be out of jobs, the union says

Meanwhile the Danes have been frustrated by Germany's reluctance to increase its funding contribution to the bridge across an arm of the Baltic Sea. Last week at talks in Berlin, Danish Transport Minister Flemming Hansen received an agreement "in principle" to limited funding. The details of the offer have not been made public.

The 5.5-billion-euro ($7.2-billion) bridge across a strait between the islands of Fehmarn and Lolland would replace a train-and-car ferry which runs every 30 minutes, and avoid a road detour via a bridge to the Jutland peninsula. 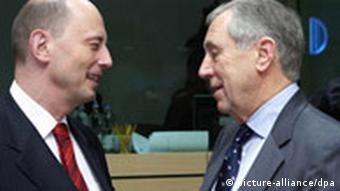 Job losses could be permanent

Transnet said a new bridge would put up to 2,000 ferry workers and staff at contractors out of jobs.

"It would be a job-killer," said Wolfgang Zell, adding that 600 workers at ferry company Scandlines in the port of Puttgarden would lose jobs, along with 300 working for contractors, while other ferry operators along the coast would suffer a loss of trade, too.

He also said claims that a 20-kilometer (12-mile) suspension bridge would create permanent jobs were incomprehensible. 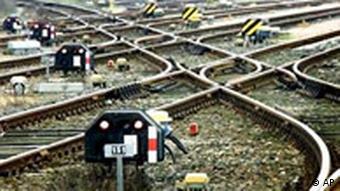 Transnet is unhappy with Berlin's direction

Germans have shown only limited interest in the border bridge, since it would mainly benefit Scandinavian economies by offering better access to continental markets. The governments would have to provide the financing which could not be raised by tolls. The project has been under discussion for 15 years, and one German chancellor after another has found a way to avoid it. Now, however, it's starting to look serious, and wrangling over jobs and funding is escalating.

Officials have said the bridge could open in 2017 if parliaments approved the necessary guarantees for private investors who would try to recover most of the construction cost by charging a toll. Environmentalists fear the bridge could scare birds as they fly across the Fehmarn Belt straight.

The Danish, Swedish, Norwegian governments and the European Union say a bridge should connect the strait that separates Germany and Denmark near Kiel. But Berlin seems to need convincing. (04.02.2007)

EU officials say that much more money and effort is necessary to integrate Europe's railways. (27.05.2006)

Germany and Denmark can be proud of their post-war solutions to minority issues along their shared border. Their success story influences governmental policies throughout Europe. (13.11.2002)