German traffic jams piled on misery for drivers in 2017

German automobile club ADAC has published figures on traffic jams for 2017 showing an average of 4,000 kilometers of jams on the country's roads every day. And the problem for drivers looks set to worsen further still. 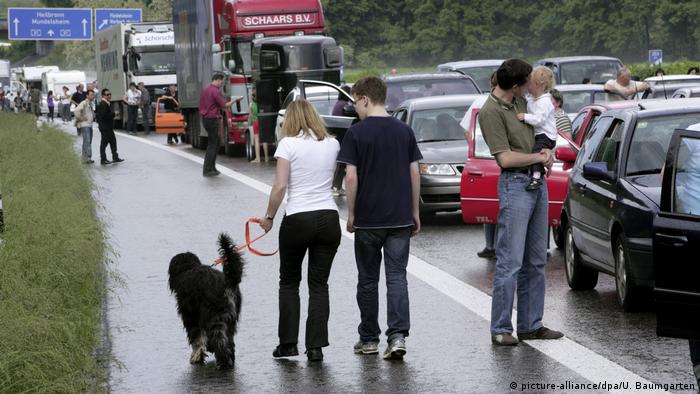 While Germany has a reputation for fast cars and open roads, thousands of drivers face ever-increasing delays and frustration due to traffic jams. A report from the German automobile club ADAC on Tuesday revealed that:

The day last year which stood out for no-go travel was the Wednesday ahead of the Ascension holiday weekend. On May 24 traffic jams of 10,000 kilometers were reported, according to the  ADAC. Weekends, on the other hand, offered the clearest roads with just 1,583 kilometers of blockages.

The reasons for the delays indicated by ADAC were an increase of 1.3 percent in truck mileage and road works. Of the 2,200 kilometers of motorway which should have been improved since 2015, only half of the works have so far been carried out. 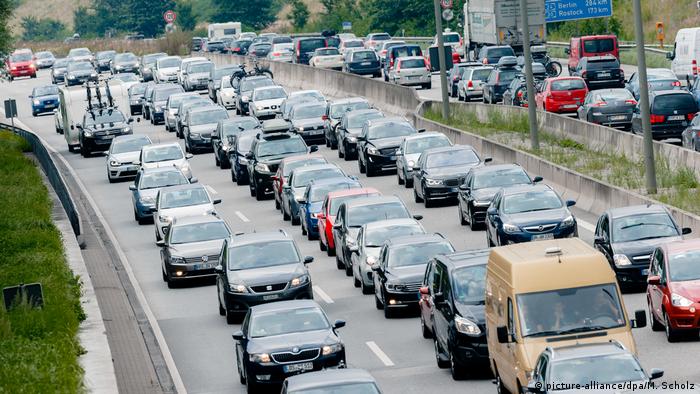 The A1 near Hamburg in July

There have been a number of suggestions mooted in state and federal chambers to solve the traffic problems and as of 2019, drivers in Germany will pay a toll on all federal highways.

A focus of blockage

The A3 Passau to Linz stretch kept its record for delays, largely due to border controls of cars coming in from Austria.

Other traffic block spots were the A3 Oberhausen to Cologne and the A8 between Stuttgart and Karlsruhe stretch. 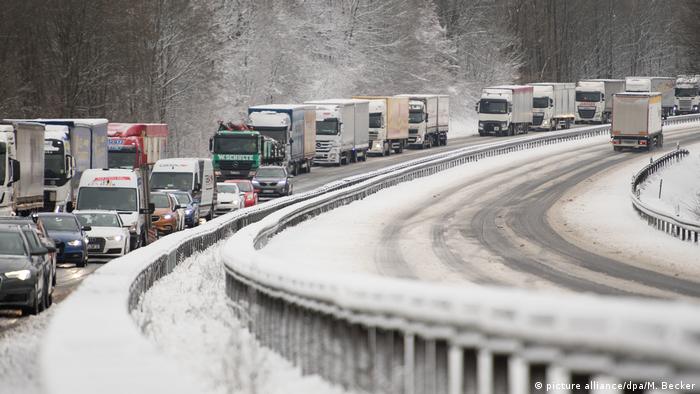 The A4 near Gummersbach in January 2017

In the holiday month of August, the length of jams fell to 110,572 kilometers.

The best months for blockage-free travel were January, February and December as many construction sites were either finished or paused for the winter weather.