Germany's state and federal leaders are yet to decide on whether to impose a nationwide coronavirus lockdown. Bavaria has introduced drastic measures of its own, but other states have also edged closer to curfews. 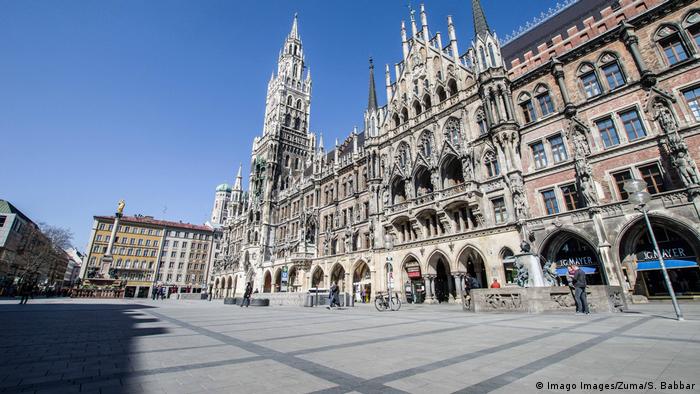 Several German states are imposing drastic lockdown measures to stem the spread of the coronavirus outbreak. The federal government has still stopped short declaring a state of emergency, although Chancellor Angela Merkel has warned citizens to stay indoors.

Germany's largest state, Bavaria, said it was imposing "fundamental restrictions" on public life in the fight against coronavirus.

From Friday evening onward, people were only allowed to leave their homes for necessities, such as going to work or the doctor and buying groceries or medicine. The measures were for an initial two-week period.

Bavaria is the first German state to impose such lockdown measures due to the coronavirus. 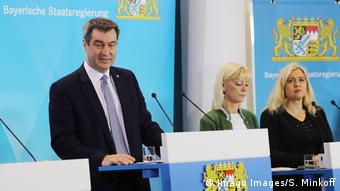 Söder bemoaned the fact that some people were still gathering socially. "We can no longer accept this," he said. "We must try to break the wave of erratic infections."

People are still being allowed to shop for food and go to work. However, Söder called on employers to allow employees to work from home if possible. Outdoor sports and walks are also allowed.

Read more: Corona confusion: How to make sense of the numbers and terminology

The tiny state of Saarland, which borders France and Luxembourg, has closed all restaurants and is putting a curfew into place with some exceptions.

Saarland's State Premier Tobias Hans said decisive action was needed, and a general exit restriction — with exceptions — was agreed by state ministers on Friday. The measures were to go into effect from midnight.

Hans explained that the curfew would not be absolute. People would still be allowed to go on walks, even in small family groups, "at a distance to others."

Restaurants have been closed to guests around the clock, with only takeaway sale or delivery still permitted.

Hans explained that he would prefer to see a uniform approach across all German states. However, he said Saarland's place on the border — close to France's badly affected Grand Est region — meant unilateral action was needed immediately. 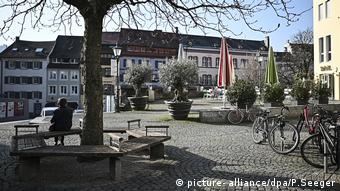 The southern state of Baden-Württemberg, which borders France and Switzerland has banned meetings of more than three people in public places. In addition, restaurants have to be closed from Saturday.

State premier Winfried Kretschmann border traffic with corona risk areas would be strictly controlled. While commuters will be allowed to cross the border for work, they are forbidden from shopping across the border.

Kretschmann said too many people had not yet complied with the regulations, and that every day counted when it came to slowing down corona infections.

Those who continue to violate the conditions could face fines of up to 25,000 euros and even several years in prison.

The central German state of Hesse — home to Germany's financial capital Frankfurt — said it would fight the spread of the coronavirus by closing all restaurants and pubs from Saturday noon onwards. In addition, a maximum of five people will be allowed to gather in public places. The previous maximum was one hundred.

The measures were announced by State Premier Volker Bouffier on Friday.

Bouffier said the issue of a full curfew would be deferred until the meeting between federal and state governments on Sunday. "A curfew is one of the last measures that could be taken," he said.

Regarding the more far-reaching curfews in Bavaria and Saarland, Bouffier added that both states were under particular pressure due to their border situation. "This is not the case with us."

The state of Rhineland-Palatinate, next door to Saarland, has banned public meetings of more than five people.

Restaurants have also been ordered to shut, but street vending and delivery remains possible.

The regulations — in force from midnight on Friday — fall short of a punishable curfew such as those in Bavaria and Saarland, but those who gather in assemblies could be fined.

She added that the implementation would be closely monitored over the weekend and that this would determine whether further measures should be imposed.

The northern state of Lower Saxony said it was closing all restaurants and cafés from Saturday evening. State Premier Stephan Weil said the measure was necessary because previous advice, such as keeping a safe distance from others, had been ignored by too many people.

Weil said that large-scale police operations to ensure that guidance was followed had been necessary since Thursday.

He stressed that, with far-reaching measures appearing to have an impact, a unilateral statewide curfew was not planned.

Although the number of infections was increasing by 25 to 30 percent each day, Weil said, it was not doubling as had been feared. "An effect is clearly visible."

The northern city state of Hamburg has opted to close all restaurants and has banned gatherings of more than six people.

Mayor Peter Tschentscher announced the measures after a session of the Hamburg Senate.

For restaurants, takeaways and deliveries will still be possible. Where public gatherings are concerned exceptions apply to families and groups of working people.

Tschentscher said the phenomenon of so-called "corona parties" was currently not a problem in Hamburg, but that the police should be given the appropriate means to take action against such events.

More than 10,000 people have died from the coronavirus outbreak worldwide, according to the latest figures. Bavaria has announced a state-wide lockdown. Follow DW for the latest. (20.03.2020)

People have been stockpiling products in reaction to the coronavirus crisis, highlighting one of the world's most underestimated of cultural assets: toilet paper. When was it invented and what did people use before that? (20.03.2020)