The 21-year-old from the western state of Hesse has not been told why he cannot leave Turkey. The incident comes a month after Turkey detained a German soldier for allegedly spreading "terrorist propaganda" on Facebook. 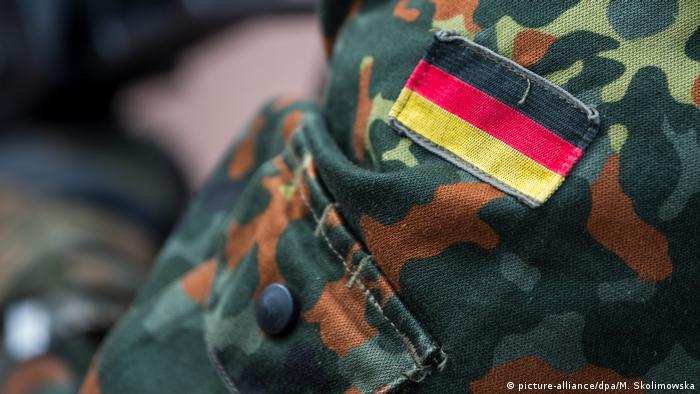 A German soldier is being held in Turkey for unknown reasons, the German Foreign Office confirmed on Thursday.

Turkish authorities are requiring the 21-year-old man to present himself to law enforcement once a week until further notice.

Germany's embassy in Turkey said it had been in contact with the soldier, adding that Turkey had not named any political reasons for his arrest.

The soldier is currently stationed in Stadtallendorf in the central German state of Hesse. He had traveled to Istanbul privately and had no travel ban in Turkey, German newspaper Oberhessische Presse reported.

The incident comes a month after the arrest of 36-year-old Osman B., who is also from Hesse.

According to two German public broadcasters and the Süddeutsche Zeitung daily, Osman B. has been accused of spreading "terrorist propaganda" on his Facebook page.

If convicted, he could be imprisoned for several years.

The German Foreign Office said Wednesday that a 43-year-old German man has also been barred from leaving Turkey.

He had performed as a musician for an association that the Turkish authorities accuse of supporting terrorism.

In response to the flurry of arrests, the German Foreign Office has updated its travel guidelines, warning tourists to be mindful of what they have posted or liked on social media prior to traveling to Turkey.

Germany wary as Istanbul votes under shadow of Erdogan

As the re-run elections in Istanbul approaches, Germany — Turkey's top trading partner — has called for fair elections. Why is this election so significant? Is this the beginning of the end for President Erdogan’s party? (21.06.2019)