Smartphones, notebooks and tablet computers are an integral part of daily life for most young Germans these days. But, the use of digital media in the classroom isn't catching on as fast as one might expect. 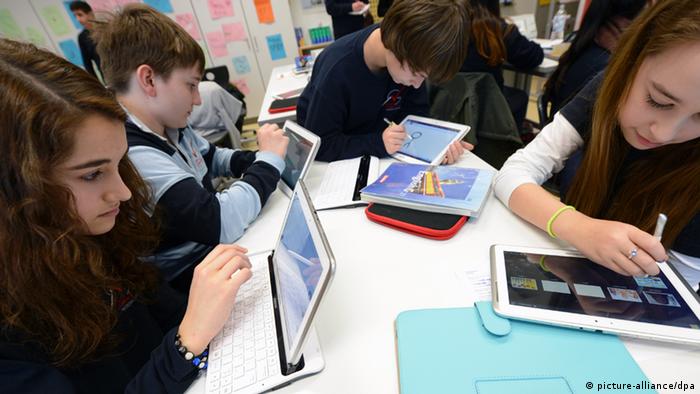 Every time history teacher Karl-Otto Kirst wanted to show a film to his students, it would take a lot of work - they either had to set up the equipment, or leave the classroom for the computer room. But that was ten years ago.

"Today, there's a white board in the classroom and a film presentation is just a few clicks away," he says.

Digitalization, of course, has not stopped at the door of Germany's classrooms. Schoolchildren research reports and study for tests on the Net, and teachers are using digital media to prepare their lessons. While schoolchildren, twenty years ago, would plead for the blackboard not to be erased as they painstakingly tried to keep up, today they can quickly save the information in digital form.

'Digital dementia' continues to have an effect 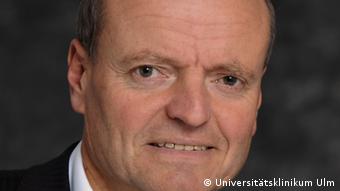 It sounds so simple and obvious. But since brain researcher Manfred Spitzer critically wrote about modern media in his bestseller, "Digital Dementia," the topic has been widely discussed in Germany.

Spitzer says smartphones and computers are making children dumber, which, in turn, begs the question what significance digital media should have in schools and how they can adapt to the digital lives of pupils.

"Digital media play a very big roll in the everyday lives of schoolchildren. And that's exactly what schools have to tap into," says Dagmar Missal, education assistant at consultancy Medienberatung NRW, an organization from North Rhine Westphalia's state education ministry, which supports schools in their the use of modern media.

If digitalization is playing a growing roll everywhere, then it also has to be incorporated into the culture of learning in schools, notes Missal. It needs to be a culture of learning, which doesn't only only look at digital media critically, but also uses them as a tool for learning and teaching, she added.

But schools in Germany are equipped differently. "Most schools are poorly equipped," says Christian Spannagel, a math professor at the Heidelberg Teachers College. Spannagel, an expert on computer-assisted learning, also heads the college's Institute for Data Processing and Computer Sciences. He notes that some schools are better equipped. 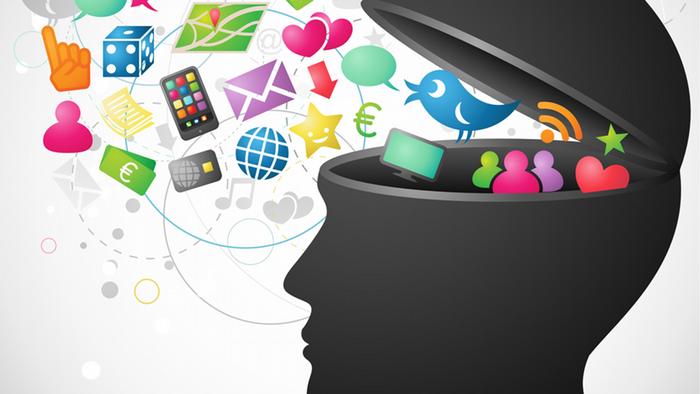 Digital technologies play a major role in the everyday lives of schoolchildren, so why not in the classroom?

But schools are not to blame for being poorly equipped. Most schools cannot afford to buy the latest equipment, which would be necessary for teaching today. That's because schools in Germany depend on local communities for funding. And lately, most local governments haven't been doing very well.

The educational opportunities for Christian Spannagelhaus are obvious. A good example is math where getting students to understand what happens to geometric figures is important.

"When I move this line here, what happens to the angle over there?" What has to be painstakingly drawn on paper can be simulated quickly and easily on a computer, he says. 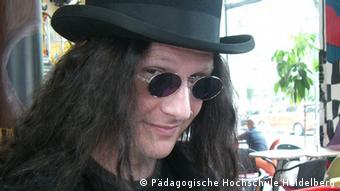 But even if the advantages are obvious, IT can only be improved in schools, if pupils are allowed to use their own devices: smartphones, notebooks, tablet PCs. This is something Christian Spannagel is convinced needs to be done.

Karl-Otto Kirst has had a "Bring Your Own Device" (BYOD) policy for his history lessons for some time. "According to our school rules, cell phones and smartphones have to be turned off during lessons," he explains. But students are allowed to use their devices if a teacher allows it explicitly. And Kirst has had a positive experience. "The schoolchildren are motivated and feel that they are being taken seriously," he says.

But not everyone is as keen on technology as Karl-Otto Kirst and university professor Christian Spannagel. Most teachers use the equipment and software primarily to show films, according to a survey conducted by telecommunications giant, Deutsche Telekom.

Using content from the classroom with new media, like podcasts or films, are still the exception. That's because teachers are insecure and afraid of using the latest technology, says Dagmar Missal from Medienberatung NRW.

Christian Spannagel, who trains future teachers in Heidelberg, would like to see more training in this area because teachers are too stressed and have very little time to keep up with the latest technologies. "But I would also like to see another attitude - more enthusiasm for experiments and less fear of mistakes," he says.

More people are using their own phones, tablet PCs and other devices at work than ever. And companies are taking advantage of the trend to maximize the productivity of their employees. (21.12.2012)

We all want a drone, but what are they good for? Well, the European Space Agency says their new augmented – or adapted – reality app will help robot research for space travel. (03.04.2013)