A psychology professor is facing a fine of €1,000 and a further €1,250 in admin fees for the late return of 50 books, after missing a deadline by 40 days. Her lawyer has told a judge that the fine is extortionate. 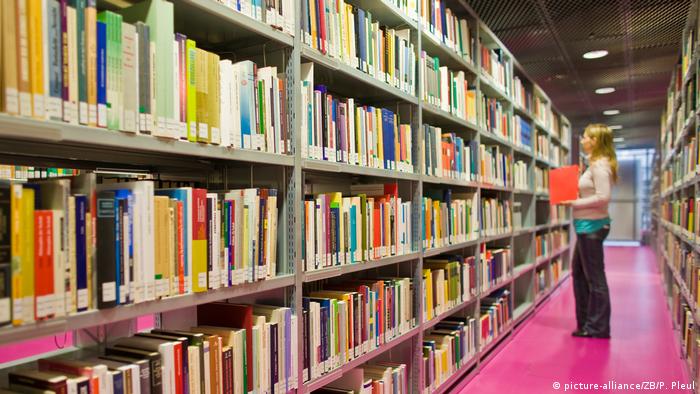 A German university professor is challenging the library fine system in the state of North Rhine-Westphalia after being landed with a €2,250 bill for the late return of dozens of books.

Gina Kästele, who lectures at the Niederrhein University of Applied Sciences in the western city of Mönchengladbach, went to court on Friday to challenge the penalty, which was imposed after she returned the books nearly six weeks late.

The university allows professors to keep books for research purposes for long periods without a fee, but an extension must be applied for at the end of the academic year, according to several German media outlets.

The plaintiff borrowed 50 books for her scientific work from the university library at the beginning of the 2015 summer semester.

The books were due back at the start of the summer recess at the end of July 2015, but Kästele didn't return them until September.

The university says the library sent several reminders that the books were overdue, which Kästele's lawyer insists she didn't see because she was on holiday.

In addition, after such a long period administrative fees of €25 for each book were applied.

Read more: US Library of Congress to stop archiving all tweets

The German news agency Deutsche Presse-Agentur (dpa) said the fee structure was set by the state government in 2005.

Kästele is also arguing that because the university system in Germany has since been reformed, the regulations no longer apply.

If Kästele were to win her case, dpa said the ruling could have consequences for all German university libraries.

A university representative acknowledged the fine was not an accurate calculation of the library's expenses for late returns.

Even so, the presiding judge said fines of this kind were allowed to be issued as a deterrent to ensure others return the books on time.

The court is expected to issue a decision in the coming weeks.

Sensational finds of art works make headlines in provenance research, but books were also looted by the Nazis. Looking for them in small libraries is the goal of a new project. (06.08.2017)