A Christmas post office in Germany answered to a "record number" of letters sent to the German village of St. Nikolaus from children around the world. 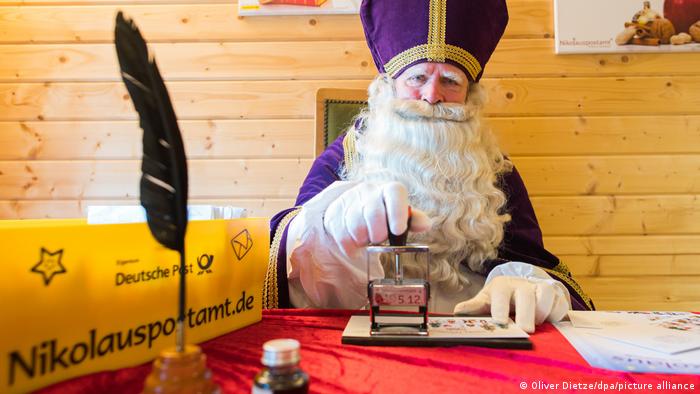 The Christmas post office in St. Nikolaus has received letters to Santa for over 50 years now

A post office in Germany has responded to more than 30,000 letters addressed to Santa Claus, the dpa news agency reported on Monday.

The German village of St. Nikolaus — located in the Saarland, bordering France — shares a name with St. Nicholas, and children have written it letters for years.

On Monday, the post office said that it handled more letters than ever this festive season and had nearly 44 volunteers replying to a total of 30,711 letters from children in 43 countries, according to dpa. It is 866 more letters than last year's.

A majority of letters came from Germany — accounting for about 90% — while globally, children from Taiwan sent the most letters, 1,083 in total.

The post office answers every letter, and each reply is sent in an envelope marked with a special St. Nicholas postmark.

The Deutsche Post has a total of seven Christmas branches across Germany.

Aside from the village of St.Nikolaus, Santa Claus can also be reached in Himmelpfort (Brandenburg), Engelskirchen (North Rhine-Westphalia) and Himmelstadt (Bavaria).

With material from the dpa news agency.

One of Father Christmas’s main logistical bases is located in the appropriately-named German village of Himmelpfort (“Heaven’s Gate”) which every year is inundated by post from children around the world.