In Germany, St. Nicholas fills children's boots with sweets in the night of December 5 to 6. He also gets tons of fan mail. 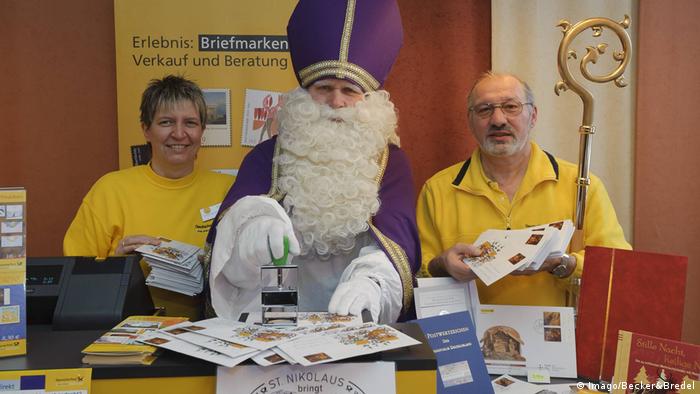 In Germany, St. Nicholas (Nikolaus in German) is believed to fill boots and socks with sweets in the night of December 5-6.

He also receives fan mail at his own personal Christmas post office, in the town of St. Nikolaus, in the southern Saar region. Last year, a total of 21,000 letters from 40 different countries reached the St. Nikolaus post office.

Although the Christmas post office officially opens on December 5, letters are sent to St. Nicholas all year: "Some children send him cards from their holidays, others wish him Happy Easter, or ask him about his plans for the summer," says Sabine Gerecke, head of the post office.

Up to 35 volunteers help St. Nicholas answer his numerous letters until December 24. They have prepared eight different reply letters. 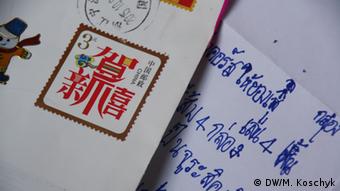 St. Nick has fans in China

St. Nicholas also speaks Mandarin, as he also enjoys a high degree of popularity in China. In 2016, more than 1,000 letters from Taiwan, China and Hong Kong were sent to him.

Some letters, however, demand a personal reply, especially when children write, for example, about the death of a beloved grandma or the divorce of their parents. In such difficult cases, Waltraut Schaumlöffel is in charge of formulating an appropriate reply: "Some letters are very touching. And we must be very careful when answering them."

The post office in the town of St. Nikolaus is only one of Germany's seven official Christmas post offices.

The oldest one is located in the northern town of Himmelpforten (literally, Heaven's Gates), where the first letter to St. Nicholas was answered 55 years ago.

Most letters, however, are sent to the post office of a similarly named town, Himmelpfort (Heaven's Gate), in the state of Brandenburg, north of Berlin. Last year, a total of 281,000 children from all over the world sent their letters to Himmelpfort.

The Christmas post offices open their doors to children — and if they're really lucky, they might bump into the real St. Nick as well.

DW Culture's Advent calendar explores the people - celebrities, historical figures or anonymous craftsmen - who've shaped the way we celebrate Christmas. Come back every day until December 24 to discover a new one! (04.12.2017)

8 ways you know it's Advent in Germany

Christmas is around the corner, and the countdown starts weeks ahead of time with Advent. Here's how you can't miss it in Germany. (04.12.2017)

Why gift giving is about power relations

Do you manage to relax in December or is shopping for presents too stressful? Should we stop giving gifts altogether? Sociologist Elfie Miklautz explains why gifts are so important for our relationships. (04.12.2017)

A visit to Nuremberg’s Christmas market