German authorities watched the suspected illegal banking operation for a year before their raid. The suspects are accused of running an illegal hawala banking system between Germany and Turkey. 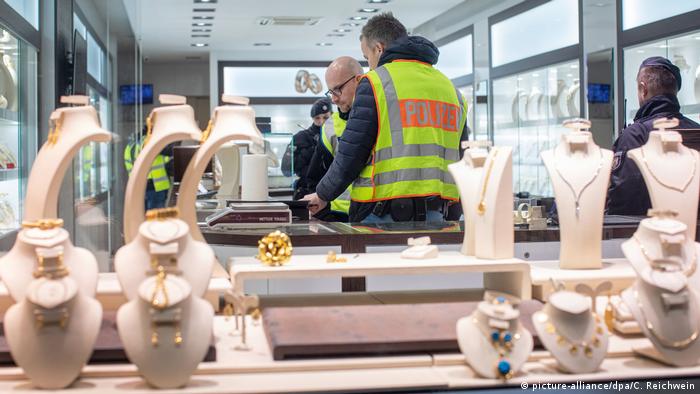 German authorities have carried out a raid on an organized international network suspected of illegally transferring millions of euros to Turkey.

Police searched about 60 apartments and offices in Tuesday's early-morning raids across Germany. Officers say 27 people are suspected of being involved in the scheme; six arrest warrants have been issued.

It is unclear whether the money being transferred was from illegal sources: In many cases, the hawala system is simply used by migrants who want to send money back to their country of origin, but police said this system was particularly sophisticated.

Investigators estimate that money transferred through the network reached up to €1 million ($1.11 million) each day and over €200 million in total.

The raids took place mostly at jewelers, precious metal companies and private apartments from 6 a.m. (0500 UTC), with most of the locations in the state of North Rhine-Westphalia, according to Süddeutsche Zeitung and the public broadcasters WDR and NDR. Raids also took place in Hesse, Berlin and in the Netherlands, which borders North Rhine-Westphalia.

German police taking part in the operation numbered 850. Officers believe that the primary suspects come from the western city of Duisburg and worked in the precious metals trade.

The operation was the result of a yearlong investigation led by a special division of the state criminal investigations office. The suspects are accused of building up an informal network of bank accounts in EU countries and Turkey to evade detection of money transfers.

Read more: When drug violence 'turns into terrorism' in Mexico

"Hawala" is Arabic for "transfer." Such systems originated in India and the Middle East, where they were used for centuries. China also developed a similar system. 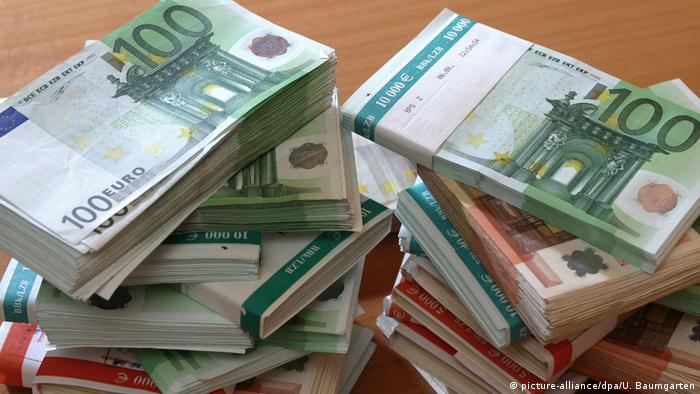 People using the system deposit into the bank account of a network participator, or hawaladar, in one country. Then, another operator withdraws the equivalent amount elsewhere and passes it on to the intended recipient. They are popular among import/export businesses.

Hawaladars typically charge a commission, but that is likely to be cheaper than transfer charges and other fees that a bank might charge, and hawaladars may also offer better currency exchange rates than legitimate banks. Hawala transfers also have a number of other advantages: Participants do not have to open a bank account or leave an electronic trail (at no stage does money actually cross international borders), and transactions tend to be much quicker and less bureaucratic than international bank transfers.

On the downside, there is also more risk, as the system relies on trust between the customer and the hawaladar, and among hawaladars in different countries.

In the current case, most payments went from Germany to Turkey, but, according to the Süddeutsche Zeitung, in order for bank accounts in Turkey to remain balanced, the organizers established an additional transfer system that passed money internally in a metal-processing company that was in part owned in Turkey.

Investigators have evidence showing that the suspects used cash deposited in German bank accounts to buy up gold and other precious metals.

Hawala activities are illegal under Germany's Payment Services Oversight Act (ZAG), which specifies that it is forbidden to offer services similar to those of a bank without a banking license. Activities that break the ZAG law carry up to five years in prison.

Hawala-style transfers are not illegal everywhere. Enforcement is also an issue as such services are often advertised simply as currency deals.

A hawala scheme was also at the center of a major bribery scandal that implicated top politicians in India in the 1990s, and such systems are known to aid all kinds of financial crimes, from tax evasion to money laundering.

Hundreds of officers are involved in concerted action against suspected people smugglers in a number of locations across four German states. Authorities feel a crackdown on criminal clans is beginning to have an effect. (24.10.2019)

Europol has launched a new campaign to show that women are just as capable of committing serious crimes as men. Several of the females on the list are wanted for murder, child abuse, or trafficking drugs and people. (18.10.2019)

A Ukrainian court has ruled that nationalizing the country's largest bank was illegal, dealing a blow to President Petro Poroshenko ahead of key elections. Returning the bank could prompt a deep crisis, Poroshenko said. (19.04.2019)